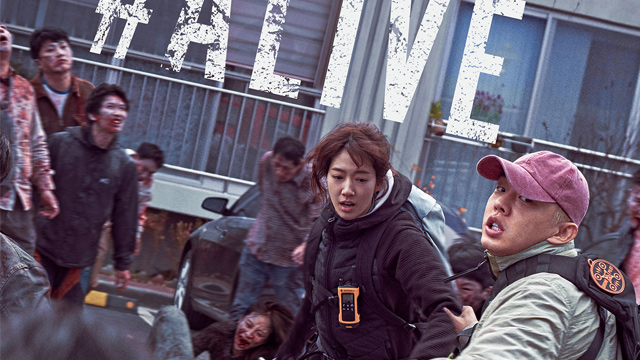 Mark your calendars for #Alive.

(SPOT.ph) Since watching new films in theaters is not an option for now, we can only keep our fingers crossed that movies slated to be released in 2020 would either be screened when drive-in cinemas open or arrive on streaming platforms. Looks like we'll get to watch something new in the coming weeks, as the blockbuster suspense thriller #Alive—originally scheduled to hit theaters in April—starts streaming on Netflix on September 8.

#Alive is set in a modern-day Seoul under lockdown due to the spread of an unknown virus, in which the infected turn into zombie-like beings. Joon Woo (Yoo Ah In) and Yu Bin (Park Shin Hye) play neighbors in an apartment complex whose connections to the outside world—cellular data, Wi-Fi, text, or phone calls—have been cut off. The two only get news on TV and what they can see from outside their apartment windows. With their different backgrounds, they team up for their survival.

It is based on the 2019 American horror film Alone, which stars Tyler Posey, Donald Sutherland, and Robert Ri'chard. Fun fact: Alone’s screenwriter Matt Naylor came on board and worked on the co-adaptation with #Alive director Cho Il Hyung.

While South Korea did not enforce a lockdown, some cinemas opted to partially close in March, following the rise of COVID-19 cases. #Alive opened on June 24 and became the first movie to break the one-million ticket sales mark in Korea since February, according to a report by Forbes. It stayed at the top of the Korean box-office for three weeks, before Train to Busan’s sequel Peninsula, took over when it was released.

And in case you needed more convincing, here are the stars of #Alive inviting you to check out their movie: