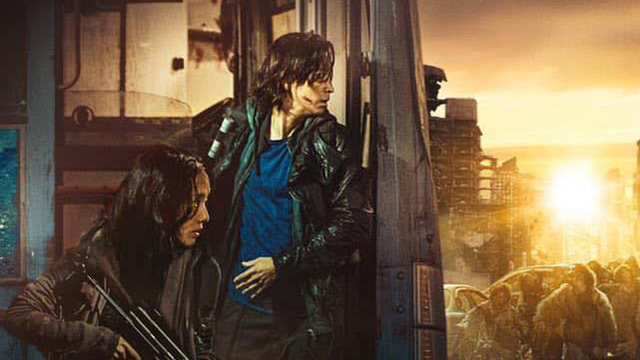 What We Know So Far About the Train to Busan Sequel

It takes place four years after the original film.

(SPOT.ph) Zombies have long been a trend in movies and TV, but when South Korean film Train to Busan came out in 2016, it proved that viewers really loved a good zombie storyline with badass characters and epic chase and fight scenes. It has become a favorite for many and if you just can't get enough of it, you'll be happy to know that there's a sequel coming out titled Peninsula, and two of the film's official posters just dropped.

The two new posters show the characters in dangerous situations surrounded by zombies. The first poster shows someone walking through an abandoned port at night with no one but zombies as company, and the second shows Jung Suk (Kang Dong Won) and Min Jung (Lee Jung Hyun) hiding from a swarm of the living dead. If the gun is anything to go by, it seems like we'll be seeing more jarring action scenes.

Peninsula is set four years after the events of the first film and Train to Busan director Yeon Sang Ho will return to direct the sequel. In an interview with Screen Daily, he says that Peninsula is not a continuation of the first film, but its events will happen in the same timeline and universe. So if you're wondering what happened to Seok Woo's (Gong Yoo) daughter, it's not likely that you'll find answers.

Peninsula will have a separate storyline and new cast of characters comprising of Kang Dong Won, Kwon Hae Hyo, Lee Jung Hyun, Kim Min Jae, Go Kyo Hwan, Kim Do Yoon, Lee Re, and Lee Ye Won. There's no specific release date for the film yet, but is set to hit cinemas some time in 2020.

Train To Busan Peninsula Adventurer Savvy Seasoned
Your Guide to Thriving in This Strange New World
Staying
In? What to watch, what to eat, and where to shop from home
OR
Heading
Out? What you need to know to stay safe when heading out