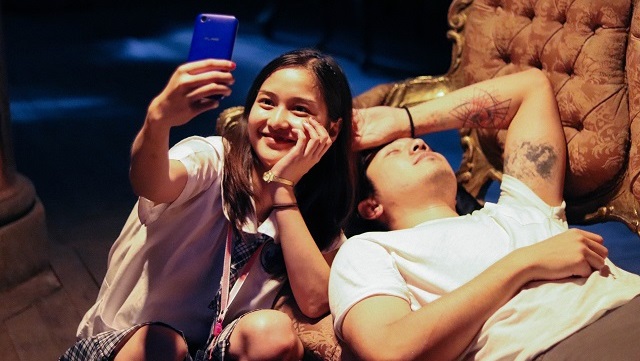 The only Pinoy film included in the Tokyo Premiere 2020 section!

(SPOT.ph) Remember in 2019 when director Antoinette Jadaone held a casting call for the lead role in her new film, leaving everyone abuzz? Well, it looks like Jadaone found what she was looking for, and that it is only a matter of time before we get to watch the film! Fan Girl is officially having its world premiere at the 33rd Tokyo International Film Festival, to be held from October 31 to November 9—and it is the sole Filipino film included in the Tokyo Premiere 2020 section.

Newcomer Charlie Dizon is set to show us what she's got in Fan Girl. She stars as Jane, a highschooler obsessed with superstar and heartthrob Paulo Avelino—who yes, plays himself in the film—and somehow ends up in the same mansion as him. Things take a strange turn as she gets to spend some quality time with him, and she eventually finds out why they say "never meet your heroes." And with Avelino's reputation, coupled with his penchant to cause a storm on Twitter, we can't wait to find out how he reacts to having a fan girl following him around!

Dizon was handpicked out of the 600 or so aspiring actresses to audition after the casting call was sent out. She is represented by Rise Artists Studio and yup, Star Magic, where many stars started out. Check out more behind-the-scenes snippets below:

This Jadaone film is set to be one-of-a-kind, and if the director's huge quarantine project—that John Lloyd Cruz and Bea Alonzo’s IG reunion that turned out to be an experimental film or sorts—is anything to go by, then Fan Girl is sure to break boundaries as well.

Fan Girl was produced by Black Sheep Studios, Globe Studios, Project 8, Epicmedia, and Crossword Productions. While it is set to have its world premiere in Tokyo, we have our fingers crossed will get to see it locally soon, too!

Adventurer Savvy Seasoned Paulo Avelino Charlie Dizon Antoinette Jadaone Fan Girl
Your Guide to Thriving in This Strange New World
Staying
In? What to watch, what to eat, and where to shop from home
OR
Heading
Out? What you need to know to stay safe when heading out