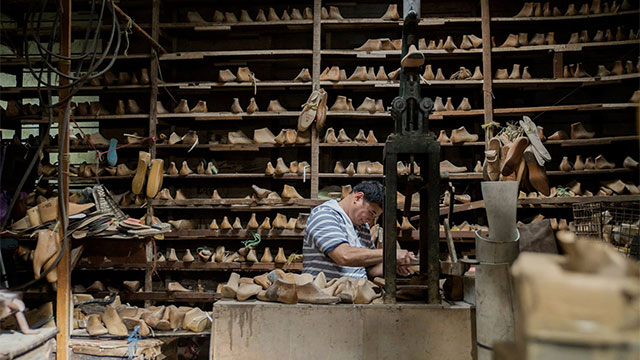 Jerrold Tarog wrote the screenplay for this 2014 Cinemalaya entry.

(SPOT.ph) Marikina's long and proud history as the "Shoe Capital of the Philippines" is a focal point in Mariquina—and so are the difficult human themes of forgiveness and moving on. If you missed this moving indie film during the Cinemalaya's 2014 run, then be sure not to miss this chance! Mariquina streams for free on Cinema One Originals' YouTube channel from October 16 to November 2, along with a slew of other cool indie picks.

Mylene Dizon stars as Imelda Nunez, a woman who learns that her shoemaker father Romeo (Ricky Davao) has died—setting her off on a journey to find the perfect pair of shoes in which to bury him. Along the way, she is forced to come to terms with the painful memories from her childhood: her mother abandoning the family and her and Romeo's eventual falling out. And yes, a certain First Lady known for her love of shoes (and much more) even shows up for one heck of a cameo.

The film is "an intensely resonant and bittersweet slice of life about an adult child, in many ways, finally growing up and learning to forgive—albeit too late," wrote Elizabeth Kerr of The Hollywood Reporter. It was directed by Milo Sogueco with screenplay by Jerrold Tarog (of Heneral Luna fame).

Apart from Mariquina, Cinema One Originals is also uploading four other indie films online. On October 7, you can find  Di Ingon 'Nato, a zombie flick set in a remote village in Cebu, while you can start watching Violator, which revolves around five men stuck in a police station amid a super typhoon with a prisoner that might just be the devil (literally) starting October 14. Beginning October 21, you can watch Last Supper No. 3, a humorous take on the crazy legal system of the Philippines centering around a production assistant who misplaces a prop—a Last Supper image, of course—and is then sued by the owner; and Melodrama Negra, where three ghosts stuck in this world must find what it takes to pass on to the next life. You can catch all the films until November 2.