What to Stream Right Now on Netflix, HBO Go, Viu + More
Loading
Already a member? Log in
No account yet? Create Account
Spot.ph is your one-stop urban lifestyle guide to the best of Manila. 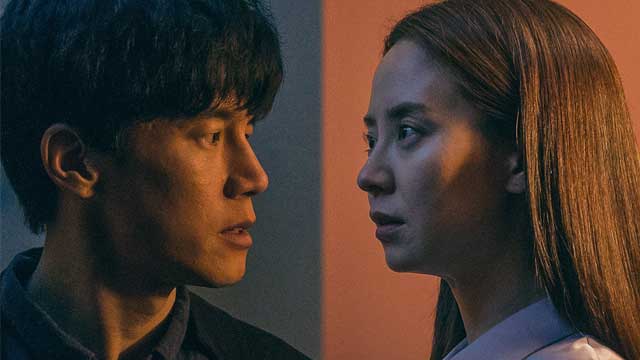 "Veep is one of those shows that I've always heard is good but have never gotten around to actually watching. Now I finally can thanks to streaming, and I'm loving it so much I'm feeling sad about the thought of getting to the end! Looking to find some humor in all the ridiculous things happening in the world these days? Veep is the show to watch. Selina Meyer's (Julia Louis-Dreyfus) acid-filled zingers are gold, too. One of my favorites: “Why don’t you put your running shoes on and get to the point?"—Jo

"I first watched this series on Studio 23 way back in the late '90s and early '00s—a time when waiting for a whole before the next episode drops was still a thing. It would be fun to find out if I could still relate to the characters now that I'm older (and maybe a teeny-weeny bit wiser) or if I would cringe at the sight of their crazy, shallow teen drama."—Christa

"I've been watching a lot of K-Drama series recently so for this weekend I feel like switching it up and watch a Korean movie instead. I'm into a lot of thriller and murder-mystery so I'm excited to watch The Chase. The story revolves around a grumpy landlord who lives alone and is quite notorious in the neighborhood. While bombarding his tenants to pay up, he finds one of them lifeless in his apartment which was initially made to look like a suicide. But the landlord crosses paths with a retired detective who then tells him that his tenant was murdered and that a serial killer from 30 years ago is back. More tenants begin to disappear, so the landlord and the ex-detective work together to find the culprit and put an end to the murders...but things take a twist. I can't wait to see how everything unravels!"—Jamie

"This period-crime drama centers around a family-run gang called the Peaky Blinders who reside in Birmingham, England in the late 1800s—expect a lot of violence and debauchery. Though often dark and gory, it's enjoyable and oftentimes even humorous seeing the bad guys break the rules and get away with it. Cillian Murphy stars as Thomas Shelby, the head of both the Peaky Blinders and the Shelby family and his cunning antics will have you rooting for him start to finish despite his questionable acts. Episodes are nearly an hour-long, so the show would easily fill up your entire weekend!"—Ashley

"A quaint Filipino town? Strange characters? Fates intertwining in a vague plot? The trailer for this Pinoy indie had me hooked. The 2015 QCinema entry is set in the town of Mauban, where a grieving widow, a socially handicapped genius, a helpless grandfather, and more characters cross paths. It looks to be the quiet film that runs a little deeper than expected! Plus, it's one of the cool indie flicks you can watch free on Cinema '76's new digital platform—definitely worth looking into while the micro-cinemas are still closed."—Mia

"I know, the body-swap trope tends to be overdone, but I've heard great things about Switched (a.k.a. Sora wo Kakeru Yodaka) and I'm raring to see it this weekend! This TV series is based on a shoujo manga of the same Japanese name, and revolves around popular student Ayumi, whom her childhood friend Koshiro confesses his love to. Just when they're about to go on their first date, Ayumi ends up switching bodies with another classmate of theirs, Umine. Ayumi and Umine are basically opposites—while Ayumi is basically Miss Perfection, Umine is unpopular with their class and has a misfortunate backstory—and I'm interested to see how Ayumi manages in those completely different shoes."—Trish

Where to watch: iQIYI

"I've been looking for something suspensful to watch and found this horror film on streaming platform iQIYI. It stars Song Ji Hyo, who happens to be one of my favorite stars in the Korean variety show Running Man. Here, she plays a traumatized architect whose missing sister suddenly reappears after 25 years. The sibling element of the story makes me think of the Korean film A Tale of Two Sisters, which is one of my favorite thrillers. I'm hoping this would be as goosebumps-inducing as that movie!"—MM