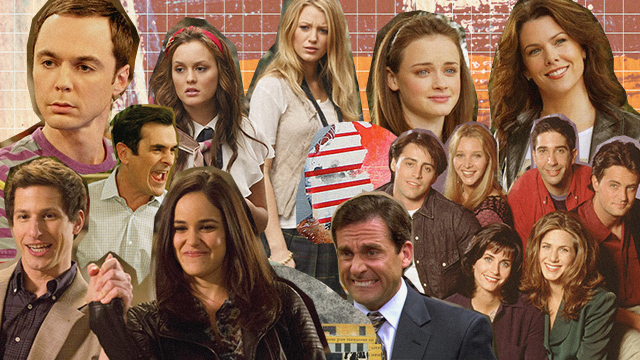 10 No-Fail Series to Watch Again and Again, According to Spotters

(SPOT.ph) Look, we get it. There are fresh titles to stream practically every week—but we're all guilty of always coming back to "the one." You know what we're talking about, that one series you keep watching again and again. You probably have the jokes and the tearjerking moments memorized by now, and yet you still get affected every dang time. Well, we asked you which sitcom or series just does it for you—and you guys sure delivered.

For this list, we round up 10 of the most popular titles dropped in the comments section. From classic, nostalgia-filled drama series and timelessly hilarious sitcoms to newer gamechangers, these shows hold a special place in people's hearts.

Prep the popcorn for your nth rewatch of these 10 best sitcoms and series:

Non-serious watchers probably know this show thanks to the GIF of Michael Scott (Steve Carell) repeatedly yelling "No, god, no." But aside from having blessed us with quality memes and GIF content throughout the years, The Office is, simply speaking, a really cool show. Every rewatch gives you a fun little tidbit you may not have noticed before, and with that distinctive mockumentary style, this crazy show about employees in a Pennsylvania office is anything but boring.

We know this show hasn't ended yet, but that isn't stopping anyone from revisiting the first few seasons while waiting for the eighth one this 2021! An actual New York precinct with a cast of characters as kooky as Jake Peralta (Andy Samberg) and gang is hard to imagine—especially with all the crazy storylines—and so watching them goof around never gets tiring.

It doesn't matter how many times you watch it, Ted (Josh Radnor) and Robin (Cobie Smulders) are endgame. There, we said it. Now go and watch it again to see if the ending changes. The hilarious life and times of the overly dependent and highly incestous gang in HIMYM always deserves a rewatch. Plus, those random musical moments can't be beat.

You don't actually need that many brain cells to be able to enjoy this show (and TBH, that just makes it more fun to watch). There's just something relatable about watching four intelligent misfits—we're talking about CalTech scientists here—trying to understand the world outside their comfort zones. Add in street smart Penny (Kaley Cuoco) and you've got an awesome dynamic that you can watch again and again.

What was it about seeing single mom Lorelai (Lauren Graham) raise her daughter Rory (Alexis Bledel) in a picturesque town that had Pinoys hooked in the early aughts? Well, whatever it was, one thing we can be sure of is that we no longer have to wait weeks for a new episode. Thank you, streaming!

Who could forget the line "XOXO, gossip girl"? We're sure you read it in Kirsten Bell's voice. The show had everything: overly attractive characters, high-society scandals, unbeatable outfits, ridiculously dramatic twists, and much more. Definitely just as scandalous and fabulous the nth time around!

Believe it or not, a sitcom about a government office really, truly works. This mockumentary style series has some of the most distinctive and disfunctional government employees we've seen in and out of the fictional world. TBH, the we'd watch it again and again just for the jokes—but then stay for the suprisingly relatable storylines.

It doesn't get much better than an old drama series about a bunch of highschoolers in the U.S.—especially if it's the one you watched back when you were also just a student. One Tree Hill had viewers hooked in the early 2000s, which had themes of romance, family, friendships, and even reaching for your dreams. What needs to be asked is this: Are you Team Brucas or Team Leyton?

Families come in all shapes and sizes—and none are probably as hilarious as the brood in Modern Family. This series has a penchant for taking you on a wild ride with every episode, ending every time with a well-rounded and kooky story. Plus, there's always a new joke you didn't catch the first time with every rewatch!

Could you be any less shocked this is on the list? Friends has been the go-to, feel-good series to watch so it's no surprise this title got the most mentions. The Central Perk gang got the short 20-minute episode format down pat. It has been decades and we're still waiting for a group with as great a chemistry as they did!