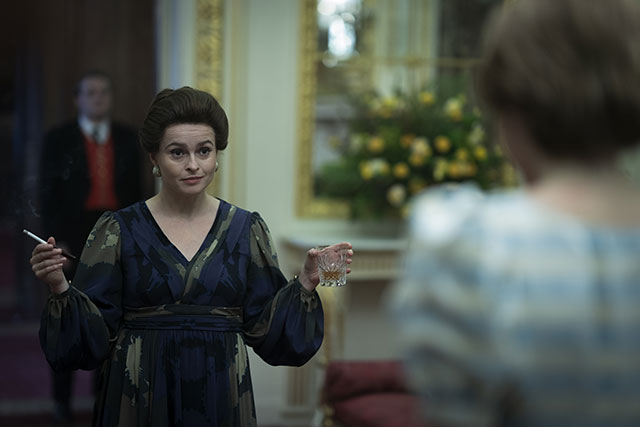 No, she wasn't shown a shoe collection.

(SPOT.ph) The fourth season of The Crown started streaming on Netflix today, and if you’ve made plenty of progress with the inevitably binge-worthy episodes, you’d know there’s one scene where Helena Bonham Carter, as Princess Margaret, launches into an animated story about a recent state visit to Manila. “So there we are, in Manila,” she says, “in the middle of a state banquet, when who barges into the room but none other than Imelda. Marcos. She makes a beeline straight to me and says she’s desperate to show me her—wait for it—”

You might be wondering: Did that actually happen? Well, yes and no. Princess Margaret did in fact come to the Philippines for a state visit in April 1980, and after she was welcomed by the former First Lady at the airport, the princess stopped by Jose Rizal’s tomb at the Rizal Monument in Manila. She also attended the inauguration of the Philippine Children’s Medical Center in Quezon City and viewed “locally made handicrafts,” before attending an official dinner held in her honor. So the sequence of events might have been altered a bit in the fictionalized world of The Crown, but Princess Margaret was indeed shown a collection of sea shells during her visit to Malacañan Palace.

This photo by photojournalist Ramon Lopez shows shells in a glass case alongside the books being shown to Princess Margaret.

Emma Corrin, who plays Lady Diana Spencer, talked about the scene in a roundtable interview with Southeast Asian press including SPOT.ph, and described what it was like to shoot it. “I just remember it was really funny because Helena kept improvising her story. And the story that I walk in on kept getting more more elaborate. And so they kept having to call cut earlier and earlier to make sure that she wouldn't say anything inappropriate. [Laughs] It was really funny.”

“They kept being like, guys, this is really great, but this scene is about Diana,” said Josh O’Connor, who plays Prince Charles.

Season 4 of The Crown is now streaming on Netflix.