Watch the First Trailer for Studio Ghibli's Earwig and the Witch
Loading
Already a member? Log in
No account yet? Create Account
Spot.ph is your one-stop urban lifestyle guide to the best of Manila. 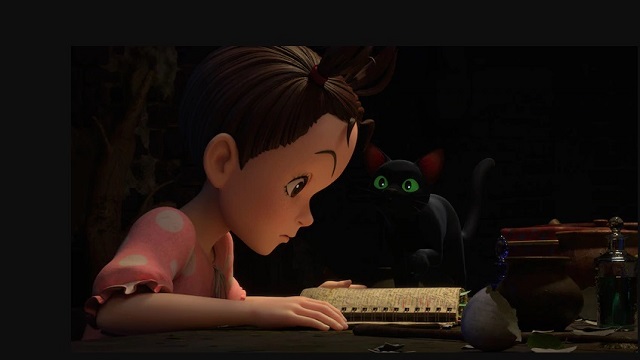 Earwig and the Witch is directed by Hayao Miyazaki's son Goro.

(SPOT.ph) Japanese animation house Studio Ghibli dropped big news earlier in June when they announced work on their first-ever 3D CG made film, Earwig and the Witch. We're excited to see what they make with the relatively new technology—at the same time, it's a huge step away from the nostalgic, almost-magical 2D style they are known for. In case you're still not sure how to feel, you can now check out the first trailer for Earwig and the Witch on the NHK site!

We know, we know, it looks incredibly different! Still, we can definitely sense the fantastical, strangely wholesome feelings classic Ghibli films just seem to have. Earwig and the Witch follows a young girl named Aya in 1990s England. She is plucked from an orphanage by a peculiar duo and eventually learns that she is actually the daughter of a witch. The story is based on a novel of the same name by the late U.K. author Diana Wynne Jones—whose other work was also the inspiration behind Howl's Moving Castle (2004).

At the director's seat for this movie is Goro Miyazaki, the son of famed creator and notorious perfectionist Hayao Miyazaki, who took on the role of planner for Studio Ghibli's first 3D animation.

"Nowadays, in our country, there are many adults and few children. It must be tough for these children, so few of them having to deal with so many adults," the director was quoted as saying in ScreenDaily. "It was while I was thinking about this that I got to know Earwig. And I realized, 'That’s it!' How does Earwig deal with the annoying adults? Please watch Earwig And The Witch to find out. She may be cheeky, but I sincerely hope that our adorable Earwig will encourage children and cheer up adults."

The film is set to broadcast on NHK in December. No word yet on the global release but fingers crossed we'd get to see it soon, too!