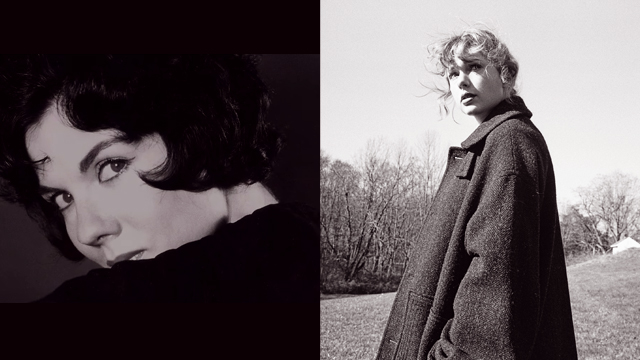 Swift out here making 2020 that much better.

(SPOT.ph) Taylor Swift dropped her 9th studio album, Evermore, on Friday, December 11—mere months after Folklore. We know you're probably still shaking over the massive gift she just unexpectedly gave everyone for Christmas; she announced it less than 24 hours before the release with zero warning (not that we're complaining!). Meanwhile, the headlines are already singing praises of the "freewheeling younger sibling to Folklore," as NME's Hannah Mylrea put it—and Twitter's just a joyous mess of Swift stans.

The queen herself posted a message explaining that Evermore was a continuation of the story-writing spree of Folklore—where she and Arron Dessner, Jack Antonoff, Justin Vernon, and WB (most likely William Bowery, a.k.a. long-time partner Joe Alwyn) ended up with 17 tales. Those stories, some intersecting and reflecting, became the albums we know now. Plus, "Evermore" dropped right on the week of her 31st birthday! "You've all been so caring and thoughtful on my birthdays so this time I wanted to give you something!" she wrote in her message.

So now that you've devoured all the songs, we're pretty sure you're already dying for more. We got you. We round up some cool details from the "Evermore" album—whether canon or a possible fan theory—that you might have missed (or just want more details on!). Check them out below.

Do you know these cool tidbits from Taylor Swift's Evermore album?

Okay, so she kind of did tell us before dropping Evermore, but it was an "If you know, you know" kind of thing. Remember when she posted a wide-eyed selfie on IG in April with the caption "Not a lot going on at the moment"—and then a few weeks later dropped the game-changing Folklore album? Well, it turns out she did the exact same thing for Evermore.

Spot this post from November 23! Here's Swift just chilling on a couch—in what looks suspiciously like the cabin from the "Cardigan" music video—and looking like she's bored. "Not a lot going on at the moment" she says, and at this point, anyone who believes that is a fool! She dropped the Evermore announcement a few days later. Looks like we'll be keeping an eye on that caption from now on.

You have probably seen her co-star in the "Willow" music video before.

So aside from the fact that the "Willow" music video is essentially a continuation of the "Cardigan" one—which is already super cool narrative-wise and in general—Swift let everyone know on the YouTube chat that "You've seen my co-star in this video somewhere before." Well, it turns out that her "man" is played by  Taeok Lee, a dancer who joined the star for the massive Red tour back in 2013.

"One scene represents how I feel about fame," she wrote, too. Arguably that bit of her—in that white dress and tiara—strumming on a guitar in a glass box as people walk past. Plus, you may want to keep watch: "There’s a scene to represent each season throughout the journey of the video," she adds, with some representing Folklore tracks  "Mirrorball," "Seven," "Exile," and "Mad Woman."

The "no body, no crime" song uses her best friend's name.

As sinister as the song gets, it looks like Swift had some fun with it. She wrote the song herself and even "used one of my best friends' name as the main character," she shared on the chat. Yup, as in Este, the bassist of the Haim sisters, the same folks she worked with for the song. Swift explained that she was inspired by her "obsession" with true-crime podcasts and documentaries for the song.

And speaking of true crime, one crazy theory going around is that "Marjorie" and "Dorothea" were inspired by a cold case of a missing child from the '30s. While the connections do sound mind-blowing, Swift was pretty clear about her inspiration for the former!

One song from both Folklore and Evermore is dedicated to a grandparent of Swift's.

The lyric video for "Marjorie" features some incredibly touching home videos of Swift's undoubtedly glamorous grandmother. Plus, if you listen closely enough, it looks like her vocals were also used on the track! You can see "Marjorie Finlay" in the credits for backing vocals.

And the number "13" makes an unexpected appearance.

Alright, even if this were a coincidence it would still be a super cool one! One Twitter user spotted this incredible tidbit: The scrabble tiles that spell out "Evermore" add up to 13 points—Swift's favorite number.

"Ever since I was 13, I’ve been excited about turning 31 because it’s my lucky number backwards, which is why I wanted to surprise you with this now," Swift wrote in one of her announcements for the album. TBH, we wouldn't put this past her.

Adventurer Savvy Taylor Swift Evermore Music
Your Guide to Thriving in This Strange New World
Staying
In? What to watch, what to eat, and where to shop from home
OR
Heading
Out? What you need to know to stay safe when heading out