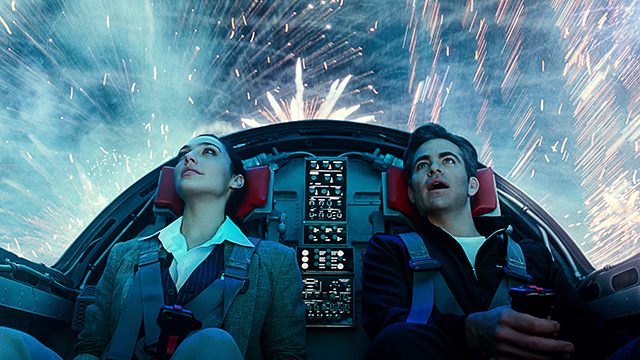 (SPOT.ph) Are heroes born or made? 2017’s Wonder Woman told us the latter, but its sequel, Wonder Woman 1984 (WW84) shows us the bigger picture: Heroes are continuously in the making. On the one hand, the film shows Diana Prince (Gal Gadot) at her best: no longer the fish-out-of-water in the first movie, now more mature and more equipped to handle the world-ending problems that come her way. On the other, she’s consequently less idealistic than before and we see her struggle with her own personal demons and conflicts. Don’t expect anything too dark, though—while the DC Extended Universe (DCEU) often revels in its gritty aesthetic, Wonder Woman continues to be one of the brightest heroes in its arsenal.

WW84 is set in the U.S. at the height of the Cold War, when geopolitical tensions are high and the capabilities of modern science are reaching new heights. Perhaps the demographic most likely to be enamoured by the setting would be '80s kids—you’ll love the numerous references as well as the old-school tech and fashion featured in the film, all of which give it the quirk and character that perhaps most modern superhero flicks tend to lack.

WW84 also sees the return of fan-favorite Steve Trevor (Chris Pine)—nope, not a spoiler; he’s in the trailer donning some stylish 1980s get-ups and yes, it’s as much of a treat to the eyes as it sounds. Pine’s character, as in the first film, subverts male and female movie tropes, taking the backseat as support to Diana’s heroine. We wouldn’t take it against him, though—Steve plays a vital role in the film and is integral to Diana’s character development. In fact, his connection to Diana leads us to one of the film’s main themes: desire.

As you might imagine, considering WW84 takes place over 60 years after the WWI-set first film, Steve’s presence in Diana’s life is not one without condition. We won’t get into the nitty-gritty, but viewers will quickly learn that Diana’s desire—the one thing she wants most for herself—could very well cost her her life’s mission. In fact, it’s the very consequences of her desire that literally weaken her. Diana then, as with many heroes, must choose between herself and the greater good.

While the larger-than-life comic books characters that make up the blockbuster films of our day and age often seem untouchable, WW84 shows Diana at her most human—though her strength and abilities are on full display, so are her vulnerabilities.

They say the hero is only good as their arch nemesis and it’s often argued that the best villains are the ones the hero creates themselves—enter Barbara Minerva (Kristen Wiig). Barbara is an archaeologist who helps Diana uncover some key information in the film’s plot. Despite their friendship early on in the film, Barbara eventually turns into the sinister superhuman Cheetah. The trailer gives a little sneak peek into the female foils battling it out in hand-to-hand combat, but it’s an action scene worth seeing in full thanks to the incredible harness work done by both actresses.

In many ways, Wiig’s character mirrors Gadot’s—both wield incredible power, but ultimately, Cheetah shows us what happens when such power is sought after and abused. Cheetah’s transformation is one driven by desire, again fitting into one of the film’s central themes. Like Diana, she must pay a price for going after what she wants at all costs.

Though Barbara is the villain in the film most closely tied to Diana, WW84’s other antagonist Maxwell Lord (Pedro Pascal) plays a vital role in concretizing the film’s place in history. Maxwell is a businessman famous for his TV infomercials (remember, it’s the '80s!). He harbors delusions of extreme power and wealth and his nefarious ascent to full-blown bad guy is driven by his desire to acquire more and more of it—almost to the point of destroying him. Though Maxwell is no doubt a product of his time, his hunger for power fits just as well into our modern landscape—you might even call him a strongman.

In many ways, the hero and two villains in this film are three people fighting similar battles, each one making choices that lead them in different directions. Director Patty Jenkins is able to show their most human side—their insecurities and weaknesses—by revealing to us their deepest desires. The film's ability to show us the humanity of these larger-than-life heroes and villains is what sets Wonder Woman 1984 apart from many of its contemporaries and continues to make Jenkins' franchise one worth seeing.

Wonder Woman premieres in the Philippines in 2021.

Wonder Woman Wonder Woman 1984 Dc Comics Dceu Dc Extended Universe Savvy Adventurer Seasoned Movie Review Warner Bros Greener Heading Out
Your Guide to Thriving in This Strange New World
Staying
In? What to watch, what to eat, and where to shop from home
OR
Heading
Out? What you need to know to stay safe when heading out