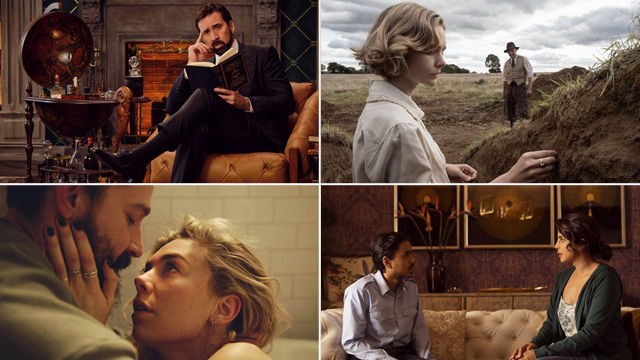 Start the year with Nicolas Cage explaining the history of swear words.

(SPOT.ph) Finally, after what feels like millennia, 2020 is ending! To usher in the new year, Netflix is dropping a slew of exciting titles throughout the month of January. We round up some of the coolest movies and shows from the upcoming selection—we can look forward to a nostalgic remake, quirky series, and more.

Celebrate 2021 by watching these exciting New Titles on Netflix this January:

This wonderfully animated eight-episode series will show you how meditation can become a part of your daily routines—and help you out with life in general. It was made with Headspace, a U.S.-based meditation app, and features the voice of co-founder Andy Puddicombe, a former Buddhist monk.

Why you should watch it: 2020 literally just happened. Cleanse yourself and turn into your inner shapeless blob with the help of this show.

Mr. Cha is well, a '90s has-been still clinging on to his former glory. When he is suddenly trapped under a building, his hopes of being rescued—apparently naked—conflict with the image he has so carefully protected throughout the decades.

Why you should watch it: Nobody does comedy-drama like Korea. And this one adds in a sort of "Stars, they're just like us!" touch to it, too. Prepare to laugh and cry at the same time.

Nicolas Cage stars as the quintessential old-school TV host lounging in a leather armchair explaining a very serious topic in a very serious manner. Except not really. As Netflix Is A Joke put so eloquently on YouTube, "Soon you'll learn the history of something so potent, so crucial, so vital to our culture. The f*cking sh*t we live for." Up first on the list are: “F**k”, “Sh*t”, “B*tch”, “D**k”, “Pu**y”, and “Damn”.

Why you should watch it: So that you could put "smart and funny" on your Tinder bio and not be lying about it.

This critically acclaimed film—directed by award-winning Kornél Mundruczó with executive producer Martin Scorsese—dives deep into the grief of a woman after a heartbreaking home birth. The deeply personal portrayal by Vanessa Kirby is sure to leave you a little wounded.

Why you should watch it: A little emotional catharsis, or in this case, what looks to be a lot, is always good for the soul.

Anime fans haven't been left out either. This 2016 anime is a part of The Seven Deadly Sins series and picks up after peace has been restored to the Liones Kingdom—but the adventures are far from over!

Why you should watch it: In case you need a feel-good escape.

Night Stalker: The Hunt for a Serial Killer (2021)

For those in need of some suspense, keep this docuseries on your calendar. It will take you back to sunlit '80s California, straight into the case of serial killer Richard Ramirez, a.k.a. "The Night Stalker," who spent June 1984 to August 1985 terrorizing the citizens of San Francisco and then Los Angeles.

Why you should watch it: In case you need a not-so-feel-good escape.

Oh yes, the old cartoon is coming back as a live-action series! Watch the coming-of-age journey of five young fairies as they learn to use their magical powers in the fantastical school of Alfea.

Why you should watch it: Feed your nostalgia with this updated version of a childhood classic.

We're sure the trailer has you excited. This film is based on the acclaimed novel by Aravind Adiga and tells the story of how one man on the fringes of society made, played, and forced his way to the top of the ladder.

Why you should watch it: There's something about the idea of servitude, that uncrossable line between the rich and the poor, and the lengths people will go to keep that line in order that hits a little too close to home.

Anyone else get chills from the trailer? The Dig is based on a true story from the mid-20th century when an amateur archeologist (Ralph Fiennes) and the wealthy widow that hired him (Carey Mulligan) discover something amazing in the lands of her estate.

Why you should watch it: Come for Ralph Fiennes and Carey Mulligan, stay for the sure to be inspirational story.

Yup, season three of the nostalgia-filled Cobra Kai series is coming! There's no official date yet but we can't wait to see what happens between the two dojos.

Why you should watch it: The Karate Kid universe continues on in this series and you get to see what happened to your childhood heroes.

Adventurer Savvy Netflix Streaming Services Nicolas Cage Winx Guide Staying In
Your Guide to Thriving in This Strange New World
Staying
In? What to watch, what to eat, and where to shop from home
OR
Heading
Out? What you need to know to stay safe when heading out