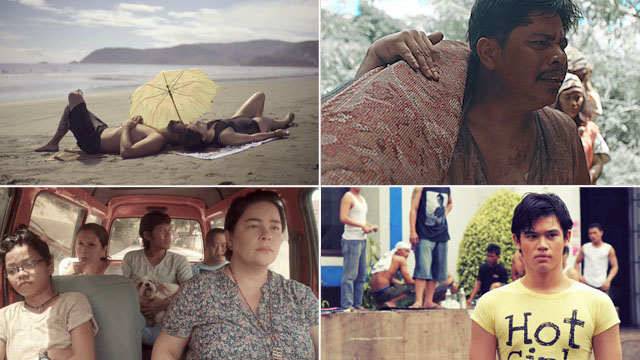 Director Erik Matti puts the spotlight on these cool movies.

(SPOT.ph) We have finally hit that weird limbo time between Christmas and New Year's. If you're not sure how to spend the last days of 2020, Erik Matti may have something for you. The acclaimed director celebrated the landing of four whole indie flicks on the global platform of Netflix! Yup, these pretty hard-to-find films have found a new home: Apocalypse Child, Patay Na si Hesus, Zombadings 1: Patayin sa Shokot si Remington, and Balangiga: Howling Wilderness.

Matti made the announcement together with Reality Entertainment, a production company he runs alongside Dondon Monteverde, early in December. The director said he was very happy that "the Filipino audience will get to see these films I consider to be modern classics. It feels really good to bring these diverse films for everyone’s enjoyment." Think of it as a cool Christmas gift!

For those who weren't able to catch these Pinoy Indie Films during their festival runs, we list them down below:

This slow-moving and ambient drama follows Ford (Sid Lucero), a freewheeling Baler local who, all his life, has been told by his mother Chona (Ana Abad Santos) that he is the illegitimate child of the director Francis Ford Coppola. Their idyllic life in the bubble of Baler is broken by the return of Ford's childhood friend, now-congressman Rich (RK Bagatsing). As the peaceful facade is torn open, Ford, and everyone in his tight-knit circle, must come to terms with what hides behind their small town's seeming perfection.

Jaclyn Jose, in her first ever Bisaya-speaking role, stars as hardened single mother Iyay. She brings her brood of three—trans man Jude (Chai Fonacier), the chill Jay (Melde Montañez), and Hubert (Vincent Viado), who has Down syndrome—on a life-changing road trip from Cebu City to Dumaguete. Their destination? The funeral of their estranged father. Cue an unexpectedly touching tale told with lots and lots of dark humor.

It has been nearly a decade since Zombadings sashayed its way into Pinoy pop culture—and you can finally watch it again whenever you want. Remington (Andre Salazar) is in love with a girl who has just moved to his neighborhood, only it seems he has been "cursed" to be, yup, gay right as a mysterious zombielike epidemic rips through the town.

This acclaimed film takes on the bloody Battle of Balangiga—and the brutal massacre of the Filipino townsfolk at the hands of American soldiers in 1901—and tells it through the eyes of an eight-year-old boy. You may need to gather some emotional fortitude beforehand, but this is definitely an eye-opener if you'd like to learn more about our history.

ADVERTISEMENT - CONTINUE READING BELOW
You'll Also Want to Read These

Adventurer Savvy Seasoned Erik Matti Netflix Streaming Services Balangiga Apocalypse Child Patay Na Si Hesus Zombadings Staying In
Your Guide to Thriving in This Strange New World
Staying
In? What to watch, what to eat, and where to shop from home
OR
Heading
Out? What you need to know to stay safe when heading out