Erik Matti to Direct Filipino Episode for HBO Go Folklore Series
Loading
Already a member? Log in
No account yet? Create Account
Spot.ph is your one-stop urban lifestyle guide to the best of Manila. 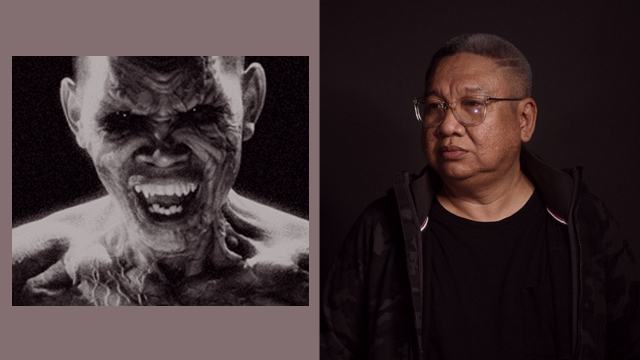 It will be the first time the Philippines will be featured in Folklore.

(SPOT.ph) Horror fans, here's some exciting news: Acclaimed director Erik Matti is set to helm an episode of the HBO Asia anthology horror series Folklore. WarnerMedia has announced a second season for the Folklore anthology, this time with seven hour-long episodes focusing on tales from different parts of Asia. Included in the list are Thailand, Indonesia, Japan, Malaysia, Singapore, Taiwan, and yup, the Philippines!

Folklore is all about taking the human condition and seeing what could happen when you mix it with the supernatural—a concept the Kuwaresma director Matti knows very well. So far, there are no official release dates yet but principal photography will begin in early 2021.

Aside from Matti's work, we can also look forward to episodes from Sittisiri Mongkolsiri of Thailand, Shih-Han Liao of Taiwan, Billy Christian of Indonesia, Nicole Midori Woodford of Singapore, and Bradley Liew of Malaysia to look forward to. Plus, Japanese pop singer-songwriter Seiko Matsuda will be making her directorial debut in Folklore.

"Folklore Season 2 will feature a mix of established and up-and-coming auteurs, each with distinct sensibilities, including two female directors from the region," said Magdalene Ew, WarnerMedia's regional head of entertainment in a statement. The first season of Folklore premiered in 2018 and featured six different horror stories from across Asia. You can stream the anthology on HBO Go while waiting for Matti's episode.

In case you need a reminder of Matti's style of suspense and horror, check out his 2012 short film entitled Vesuvius. The strictly no-dialogue work follows a man and his mundane life broken by the sudden apparition of what may or may not be the Virgin Mary. It was part of  YOMYOMF Network’s Silent Terror online series and eventually became the germ for Seklusyon (2016). If the short gave you chills to last a few nights, then can you imagine what an hour-long episode could do?

Adventurer Savvy Erik Matti Hbo Go Horror Folklore Staying In
Your Guide to Thriving in This Strange New World
Staying
In? What to watch, what to eat, and where to shop from home
OR
Heading
Out? What you need to know to stay safe when heading out