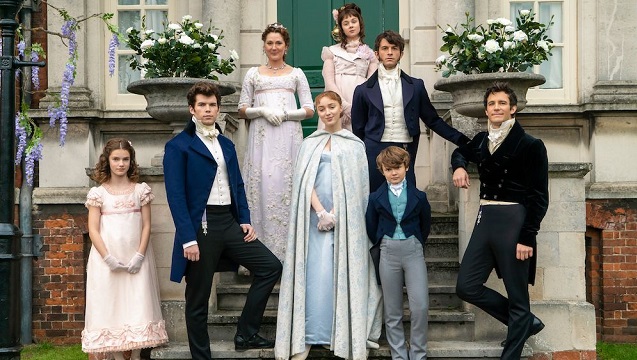 Could We Be Getting a Steamy Season for Each Bridgerton Sibling?

Yes, each sibling has their own scandal-filled book from the OG Julia Quinn!

(SPOT.ph) The scandalous Bridgerton series on Netflix has everyone abuzz—and more importantly, wondering what to expect next! Well, here's where the die-hard fans of the OG book series by Julia Quinn obviously have an edge. The TV series is an adaptation of the very adults-only Bridgerton books by the American author, published throughout the 2010s but set in early 19th century Regency era London. It was the type of stuff you definitely shouldn't have read in high school but totally did anyways.

So while those who did read the stories are probably excited for different reasons from those that didn't, we'll have to fess up and say that the Shondaland touch has definitely changed things up. The first season was based on the first book of the series, The Duke and I, but, with the way things played out, we're not sure what comes next! There being eight feisty Bridgerton siblings, and eight novels by Quinn about each one, we have our fingers crossed that we get one exciting and scandalous season per as well.

To keep you excited about Bridgerton, we list down what each of the books are about! Be wary of (possible) major spoilers below:

The Viscount Who Loved Me

Next up in the series is a book that tackles the love life of the overprotective but terribly misguided Anthony (Jonathan Bailey)! In case the title hasn't given it away, he is the Viscount in question. The story revolves around him and Kate Sheffield, the shrewish elder sister of his intended; yup, it's a Taming of the Shrew-type of story. The books make no mention of the strong-willed soprano Siena (Sabrina Bartlett)—so we're holding our breaths until we find out what happens to her and the viscount!

An Offer From a Gentleman

Following the marriage slate is Benedict (Luke Thompson)! He is just as much of an artist in the books as he is in the series adaptation, but in his own novel he is paired with a certain Sophie Beckett, an earl's daughter-turned-maid thanks to a cruel stepmother. Who knows how this Cinderella tale will turn out in the series? Benedict-of-the-show might just have a different route all together.

This wholesome pairing has already been set up in the first season of the show—but this book fully cements Colin and Penelope Featherington's (Nicola Coughlan's) relationship! Plus, it does zero in on the true identity of Lady Whistledown so we'll have to keep very quiet on this one.

To Sir Phillip, With Love

The fiercely independent Eloise (Claudia Jessie) gets her own romance story! And no worries as the series offers as much intelligence and wit as it does super steamy love scenes. In the book, Eloise falls for a pen pal by the name of Phillip Crane—which may ring a bell thanks to the way the first season turned out—but the thing is, Marina Thompson's (Ruby Barker) storyline is incredibly different. This romance is arguably the most different one from book to show so we're definitely keeping an eye on how Shondaland changes things!

When He Was Wicked

So we only got to see Francesca Bridgerton (Ruby Stokes) for a few moments on screen but yes, she also has her own book, too! We know from the series that she is already married so—major spoiler alert—the book tackles how she became a widow and how her late husband's cousin became her close confidante during her grieving. My oh my, indeed.

It's In His Kiss

It is incredibly hard to imagine, but Hyacinth has her own love story, too! Rest assured it happens years into the future, when the Hyacinth (Florence Hunt) we saw in the series has left her childhood. The strong-willed—a determined trait of all Bridgerton sibs—Hyacinth uses her rudimentary Italian to help Gareth St. Clair translate an old diary passed on through generations of his family, a feat that may just save him from destitution.

On the Way to the Wedding

Rounding out the siblings' stories is Gregory's! He is still positively a child in the series, but that Gregory (Will Tilston) is sure to get old and fall in love, too. Gregory's story takes on the best friend of his intended to help her win him over—except of course that it is they who end up falling for each other. Only thing is, Lady Lucinda Abernathy is already engaged.

So there you have it! Who knows what the next few seasons of Bridgerton will bring—in the meantime, you can order the Julia Quinn books through Fully Booked and read up on the novels, too.