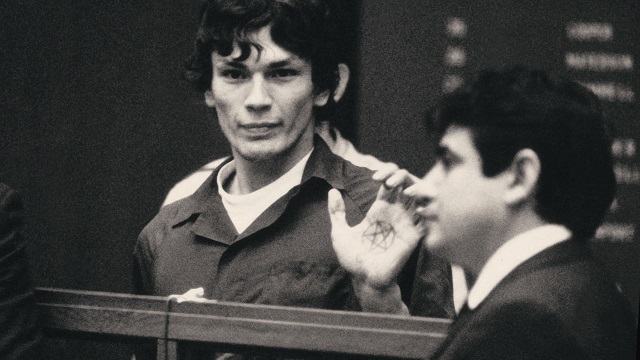 Obsessed With Cecil Hotel? Here's Why You Should Stream Night Stalker Next

Add it to your list of true-crime gems to keep you up at night.

(SPOT.ph) Netflix true crime docu-series Crime Scene: The Vanishing at the Cecil Hotel chronicles the strange disappearance of Canadian college student Elisa Lam while staying at the downtown Los Angeles Cecil Hotel in 2013—with a lot of focus on the creepy hotel. The documentary tackles the frightening reputation held by the nearly century-old building, recounting the many deaths that have happened within its walls and briefly going over the story that the Cecil Hotel was once home to Los Angeles' most notorious serial killer, the Night Stalker. So if you're in it to get even more creeped out, well, worry not (in a way) because Netflix has another docu-series all about this truly sordid character.

Night Killer: The Hunt for a Serial Killer is a limited documentary series on Netflix with a link to The Vanishing. Remember in the second episode of The Vanishing when they discussed Richard Ramirez, convicted serial killer known as the "Night Stalker"? Yeah, we're sure the mental image of him climbing up the Cecil Hotel's stairs to his room covered in the blood of his victims hasn't left you either. Unfortunately, while the specific imagery of this killer bloodied and climbing up stairs can't be verified, his victims' body count definitely has been.

What is Night Stalker on netflix about?

Ramirez terrorized the residents of the San Francisco Bay Area from June 1984 until August 1985, and was convicted in 1989 of thirteen counts of murder, five attempted murders, eleven sexual assaults, and fourteen burglaries. Their ages ranged from just six years old to 82. We won't get into just how gruesome his crimes were, but we're sure that clip of Ramirez in court confidently stating "Hail, Satan" that was shown in The Vanishing should signal how terrible it gets.

The Night Stalker documentary started streaming on Netflix on January 13. It focuses on the two detectives who were tasked to find—and hunt down—the criminal behind the terrible crimes. The Richard Ramirez documentary dropped around a month before The Vanishing did, and beyond the Cecil Hotel connection, they both go deep into Los Angeles. BRB, we'll be under the blankets streaming the two docus back-to-back with the lights on.

Adventurer Savvy True Crime Documentary Netflix Streaming Services
Your Guide to Thriving in This Strange New World
Staying
In? What to watch, what to eat, and where to shop from home
OR
Heading
Out? What you need to know to stay safe when heading out