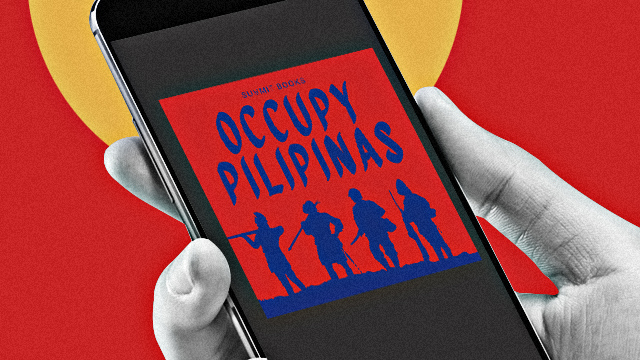 (SPOT.ph) At this point, there's a local podcast for just about any topic under the sun with plenty of trending shows and new drops in audio-streaming platforms. Here's a new podcast to check out for history buffs: Occupy Pilipinas, a podcast that goes into the untold stories from the time that the Philippines was occupied by the Spaniards, British, Americans, and the Japanese.

Created and narrated by writer and editor Lio Mangubat, this podcast by Summit Books goes into the “stories lost in between the cracks of the centuries.” The episodes are based on history articles by Mangubat originally published in Esquire Philippines, which all explored “little-known stories from the long period of time when the Philippines was under foreign occupation.” The podcast can be streamed on Spotify, Apple Podcasts, and Google Podcasts.

“I want [the listeners] to rediscover some hidden stories that are exciting, thrilling, and sometimes even thought-provoking,” Mangubat tells SPOT.ph. And to make these bits of history an easy, engaging listen, he went for an “a.m. radio meets Hollywood'' feel for the podcast. “I picked the most trailer-y music, something you might hear in Pirates of the Carribean,” shares Mangubat in an interview on Monster Radio RX 93.1. You can expect sound effects—canons, horses, and swords clashing, among others—sprinkled on the episodes to bring them to life.

Occupy Pilipinas currently has six episodes, starting with the British occupation in 1762 split into three chapters. The first episode sets the stage for the British landing at Malate beach and ends with terror and pillage in the streets of Intramuros in Chapter 3.

Chapter 4 takes you to 1940s Manila where a popular nightclub called Club Tsubaki—which was actually the headquarters of an American spy ring, while Chapter 5 goes into the tragic story of a slave purchased in Mindanao in the 17th century, whose skin was displayed in Oxford.

The sixth episode would give you the all-too-familiar feels. ”Quarantines, Asymptomatic Carriers, and the Bubonic Plague” talks about a bubonic plague in 1899 which persisted for seven years, a story that jumps off from the video game Red Dead Redemption 2.

Check out the Occupy Pilipinas podcast below:

Adventurer Savvy History Staying In Seasoned Podcast Local Occupy Pilipinas Summit Books
Your Guide to Thriving in This Strange New World
Staying
In? What to watch, what to eat, and where to shop from home
OR
Heading
Out? What you need to know to stay safe when heading out