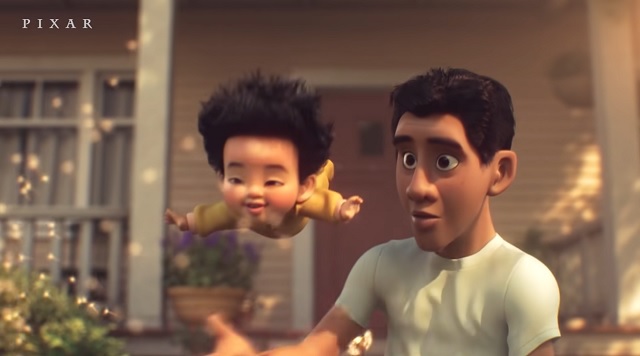 The short can now be streamed for free!

(SPOT.ph) Pixar recently dropped Float, the first-ever short from the animation studio with Filipino leads, on YouTube! Yup, you don't even need Disney+ to watch it anymore—and it looks like people definitely wanted to see it. The short has more than 3.8 million views as of writing and it hasn't even been up for a week. Behind the touching animation about father-and-son is Filipino-American animator Bobby Rubio, who once shared that the story is deeply personal to him, which probably explains why the short hits hard. Check it out below in case you haven't seen it yet!

"Why can't you just be normal?!" are literally the only words spoken throughout the short but we know that probably had you bawling. The themes of acceptance and unconditional love are very strong throughout the story, but in case you were wondering what it was really about, check out what Rubio had to say.

Here's What Filipino Pixar Short Float Is About

"When I was growing up, I didn’t see much characters that looked like me on television or movies," wrote Rubio on Facebook when news about Float first broke in 2019. According to him, this would be a chance to tell his own story—and that he did.

Float is based on Rubio's own experience with his son Alex, who is on the autism spectrum, he told ABC7 News. The idea for this father-and-son tale first came up nearly a decade before Float came out; at the time, Rubio admits that he was in a much darker place and was still on the journey towards fully accepting his son as he is. "Now that I'm on the other side of acceptance. It's a lot brighter, this story," Rubio explains.

Nearing 2 MILLION views on YouTube! “Float” is up on YouTube for a limited time only. Watch it now, free...

And while Float itself stems from Rubio's journey, the animator is glad to note that all kinds of people with their own experiences can relate to it. "I've gotten several different reactions from the film. It doesn't have to be from special needs-type person," Rubio said. "I've also gotten people from the LGBTQ community. I've also gotten people who say it's a story about assimilation."

How Float Could Have Been Very Different

Rubio also shares that when Float was being developed he almost didn't make the leads Filipino. "When I first thought of the short, I actually was thinking of making the characters white. And it's because my unconscious bias, I assume because I was like, I don't know if anyone wants to see a Filipino-American," Rubio said.

Thankfully, a co-worker asked that since the story was about him and his son, what would his kid feel seeing white characters portray their story? "That hit me and I didn't want my son to think that he wasn't worthy of it. So from that point on I was like, 'Okay, I'm doing this. We'll tell our story.' And we're going to make them Filipino-American."

Rubio announced on his artist Facebook page that the short will be up on YouTube for a limited time only. Be sure to catch it while it's still available!

Adventurer Savvy Seasoned Pixar Streaming Services Youtube Bobby Rubio Autism Awareness Staying In
Your Guide to Thriving in This Strange New World
Staying
In? What to watch, what to eat, and where to shop from home
OR
Heading
Out? What you need to know to stay safe when heading out