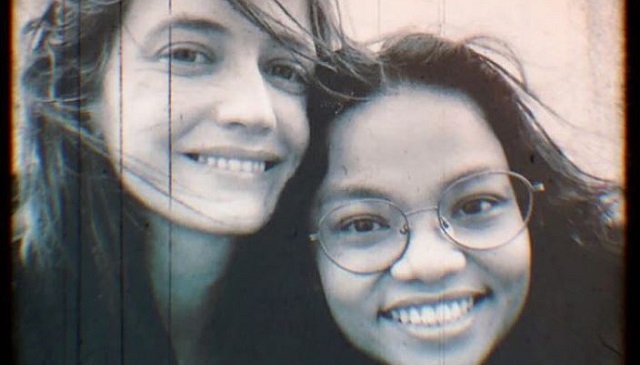 The two are currently shooting a thriller movie in Ireland.

(SPOT.ph) When an internationally acclaimed actor tells you to pay attention to another actor, you'd best listen. French actress Eva Green recently took to Instagram to show her appreciation for Chai Fonacier—whom you probably best know as the disgruntled Jude in Cebuano dark comedy Patay Na Si Hesus—with an adorable snapshot of the two to boot. Green and Fonacier are currently filming in Ireland for the the upcoming psychological thriller Nocebo.

Can you imagine being called "My fabulous co-star" by the Eva Green, best known for her roles in The Dreamers, Kingdom of Heaven, Casino Royale, Miss Peregrine's Home for Peculiar Children, and much more? Well, Fonacier no longer needs to imagine it—because it just happened! Green wrote of the 24-year-old Cebu-based artist, "Chai is truly a great actress with extraordinary depth and sensitivity and she was an incredible partner—she blew me away!" There was also a fire emoji for emphasis.

Fonacier has been in Ireland since March to film for Nocebo. The thriller, directed by Lorcan Finnegan, follows a fashion designer (Green) afflicted with a strange illness. As her doctors and her husband, played by Mark Strong, become increasingly frustrated, in comes a Filipino carer (Fonacier) who uses traditional folk healing methods—only to reveal a much darker truth behind the sickness.

Best part? The film is set in both London and Manila so we're holding on to hope that the cast is able to film on location.

The Nocebo Effect is a real term and, playing opposite to the Placebo Effect, refers to when a patient's negative thinking results in negative outcomes. Nocebo will combine the themes of consumerism and human exploitation, with an added layer of folklore, so don't expect this to be your usual psychological thriller.

Fonacier posted on March 12 about her experience in Ireland, writing, "Everything's been absolutely well, my co-actors are awesome, and everyone's just lovely here." We can't wait to see what her dynamics with Green are like on-screen! Fonacier is a creative—singer, writer, actor, Eva Green's unofficial BFF—who has won multiple acting accolades for her roles in Patay na si Hesus (2017) and Miss Bulalacao (2015).

This film is the first co-production between Ireland and the Philippines, reported Variety. Companies Wild Swim Films and Lovely Productions partnered up with Filipino co-producers Bianca Balbuena and Bradley Liew of Epic Media for the work.

Adventurer Savvy Topspot Cebu Regional Eva Green Chai Fonacier Noceno Staying In
Your Guide to Thriving in This Strange New World
Staying
In? What to watch, what to eat, and where to shop from home
OR
Heading
Out? What you need to know to stay safe when heading out