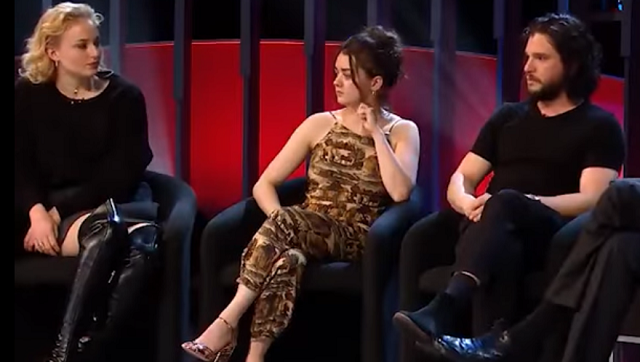 You'll Finally Get to See the "Secret" Game of Thrones Reunion

(SPOT.ph) Snippets of the elusive Game of Thrones reunion hosted by Conan O'Brien have frustrated fans for years now. The clips of Kit Harrington, Maisie Williams, Sophie Turner et cetera all seated on a stage reacting (sometimes terribly) to their younger selves on-screen while dropping some juicy BTS tidbits on the huge fantasy series have made the rounds online, sure, but access to the full special has been limited—until now. HBO Go will stream the full reunion special this month, just in time for the GoT premiere's 10th anniversary! Boy, do we feel old.

A Conan O'Brien Game of Thrones Reunion Exists? Where Has It Been All This Time?

Yup! For the uninitiated, just know that official details on what goes down in this special reunion are pretty scarce. HBO has kept it under wraps since the full special was made available exclusively as a bonus feature for folks who brought home the Blu-Ray sets of the Game of Thrones "Complete Collection." Think of it as a holy grail you could pay for. It was never previously aired or put up online in full which means you're in for a wealth of information (hopefully enough to wipe that ending from your mind, not that we're saying anything).

What we do know is that the special was filmed with O’Brien and the cast in Northern Ireland in 2018, presumably when they were in between shooting the last two seasons. Aside from the three main siblings of the north, Emilia Clarke, Isaac Hempstead Wright, Sean Bean, Lena Headey, Nikolaj Coster-Waldau, Peter Dinklage, Mark Addy, and Jason Momoa also show up for the reunion.

Game of Thrones first aired in April 2011 and ran for eight of the most insane big-budget fantasy seasons to ever hit our screens until May 2019. The show's source material, author George R.R. Martin's  A Song of Ice and Fire, outlasted the series adaptation so whether the ending is canon or not is up to you. BRB while we prep our streaming station, a.k.a. our couch, for when the reunion drops!

Adventurer Savvy Game Of Thrones Streaming Services Hbo Go Reunion Staying In
Your Guide to Thriving in This Strange New World
Staying
In? What to watch, what to eat, and where to shop from home
OR
Heading
Out? What you need to know to stay safe when heading out