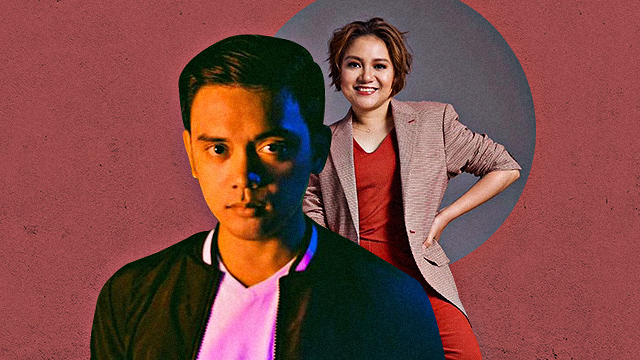 Those Allegations and Juan Miguel Severo: A Short History

Antoinette Jadaone has spoken up on the allegations against her podcast co-host.

(SPOT.ph) Antoinette Jadaone has broken her silence on the issues surrounding her Ang Walang Kwentang Podcast co-host, Juan Miguel Severo. "Sa mga nagtatanong about the podcast: wait lamang," she wrote in a Facebook post on the podcast's group on June 23. The director and writer's popular podcast looks to be on hold amidst a maelstrom currently surrounding Severo. If you're wondering what's been going down, we keep you up to date below.

Actor Paolo Pangilinan first tweeted a series of cryptic posts about sexual harrassers on Monday, June 20. Pangilinan is one of the lead actors in the 2020 BL series Gaya sa Pelikula, which was written by Severo. The actor did not mention a specific name—though it was clear they were talking about a single person— but that did not stop "Severo" from staying in the local Twitterverse's top trends for the next few days.

Gaya sa Pelikula producer Quark Henares also spoke out on the fate of the BL series, saying that the story's message is now in danger. In a thread on June 23, Severo spoke not as a representative of the series or the company behind it, but "from me as a producer, an ally, a person."

"I’ve witnessed how one person’s acts can affect a whole community," Henares wrote. "I watched a whole room full of people cry, recent events bringing out painful memories or feelings of helplessness. People blaming themselves because they felt they failed those they swore they’d protect," he said.

Their team met on June 22 to discuss what would happen to the BL series, one that Henares says has brought so much good. "I’m honestly not sure. But I know that despite everything... atin pa rin ang kwento," he wrote, along with a picture of the Gaya sa Pelikula team. For now, the fate of season 2 is up in the air.

Fellow lead actor Ian Pangilinan meanwhile expressed that they would not be backing down. They tweeted "I’ll be damned if I let everything I, and everyone in that room bled and fought for, die because of a single blow."

Amid silence from her co-host on the allegations against him, Jadaone spoke up too on the fate of their pop-culture podcast. "Una sa lahat, apologies for speaking up just now," she wrote. According to her, she wanted to personally peak with those involved "in hopes of having a clearer understanding first before speaking." She did not confirm whether she was able to do so, nor did she name Severo specifically in her post.

"Sexual harassment is very serious and should not be taken lightly." The director said that she too was shocked and still does not know the entire story. "But I know that when a victim speaks up, we must listen, and empathize, kahit na, o lalo na kung malapit sa atin ang involved. Sexual harassment and abuse are never okay and must not be justified."

As for the podcast, "This is my baby too, and the community we have all built has become a respite for me." Still, the time to reflect and listen weighs heavier.  "Maraming salamat sa pakikinig, at hanggang sa muli!"

Adventurer Savvy Ang Walang Kwentang Podcast Boys Love Juan Miguel Severo Antoinette Jadaone Gaya Sa Pelikula Staying In Sexual Harassment
Your Guide to Thriving in This Strange New World
Staying
In? What to watch, what to eat, and where to shop from home
OR
Heading
Out? What you need to know to stay safe when heading out