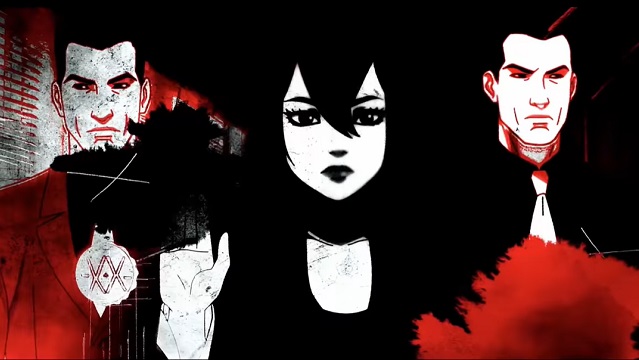 We repeat: Rico Blanco has seen the "Yugto" edit of Trese's opening theme.

(SPOT.ph) We know you've seen that fan edit of Trese's opening sequence with "Yugto" as its background track going around on social media. Created by the Tito Ken TV channel and posted on Twitter ond Facebook on June 15, the edit clearly struck a major chord with thousands of folks loving the extra layers of badassery the song gives—and it looks like not even the track's artist, Rico Blanco, is immune to the effect. The artist retweeted the fan-edited video on June 15.

Who knew a single emoji could say so much? Blanco chose to acknowledge the epic edit with a concise but definitely loaded flushed-slash-shocked emoji. Same here, Blanco.

The red, black, and white OG opening sequence was accompanied by an equally cool but more understated track done by the LA-based Kiner Brothers. Their track featured what online sleuths have said sounds like chants from the Ifugao of the north. Definitely a fitting song for a series about Filipino mythologies.

"I started watching Trese at around midnight of June 14. Not even halfway in, hindi talaga ako mapakali kasi na-imagine ko 'yong opening credits with "Yugto," so tinigil ko ang panonood at nag-edit, "said the creator behind The Tito Ken TV in an online exchange with SPOT.ph. They connected the two because of an extended-cut music video of Blanco's track as directed by Quark Henares that featured elements from Philippine folklore.

"I was sleeping when it happened! Just imagine my surprise when I saw hundreds of notifications with idol Rico Blanco's retweet right at the top," shares the video's creator. "RB has been my hero since my high school days and even based my playing on his style. I am humbled and honored by him retweeting my Trese x Yugto edit."

All right, so we're sure Blanco has seen the possibilities. No news yet whether Netflix or the series' creators have been notified, but now our excitement for season 2 has been raised even more!

Adventurer Savvy Seasoned Trese Netflix Streaming Services Rico Blanco Staying In
Your Guide to Thriving in This Strange New World
Staying
In? What to watch, what to eat, and where to shop from home
OR
Heading
Out? What you need to know to stay safe when heading out