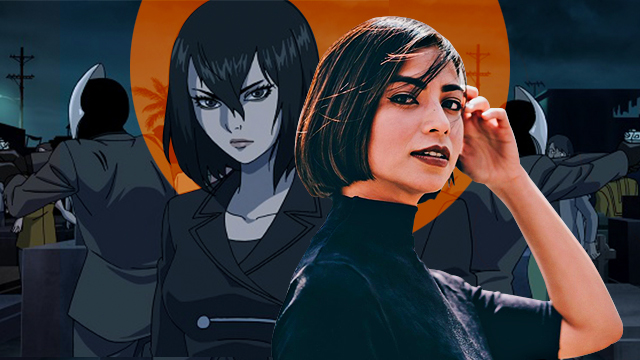 A live-action version of Trese, anyone?

(SPOT.ph) Trese is out and the many opinions are in. The Netflix animated adaptation has everyone abuzz—and Liza Soberano's first foray into voice acting is a popular discussion. Amid all the feelings, fans have started dropping many other names for talents that could also voice badass detective Alexandra Trese, and the biggest call so far has been for singer-actor Glaiza de Castro.

In case you're wondering how Encantadia's Pirena would sound in Trese, check out Bazty Orca's cool edit of Trese clips with an overlay of De Castro's voice on the Facebook page Kuina Hikari on June 14. It seems the short clip really resonated with folks because the post has 5,000 shares with nearly 7,000 reactions as of writing. Check it out below:

Are you hearing it? Because we are so definitely hearing it. Orca explains that while they are a fan of both Liza Soberano and the OG graphic novels, they had to admit they were "kind of dissatisfied" with how the Filipino version turned out, they tell SPOT.ph in an online exchange.

According to Orca, De Castro has always been the popular choice among the graphic novel's fanbase even before the animated adaptation's casting was officially announced. Plus, "I really want [De Castro] to be recognized kasi she’s underrated."

Orca made the edit by skimming through a lot of De Castro's work to get instances that matched with Trese. Most of them were from fantasy series Encantadia with a few from Grazilda (2010).

In their caption for the post, Orca reminded that folks that both De Castro and Soberano are great actors, but "ang Trese para po sa mga nagbabasa no'n," so folks should let their feelings be heard.

Meanwhile, popular voice talent Inka Magnaye has also laid down her verdict (TL;DR take: Great for a first try, but could have been better). Whatever it is you feel on the matter, one thing we're sure we can agree on is that we all can't wait for a season 2!

Adventurer Savvy Trese Glaiza De Castro Netflix Streaming Services Staying In Trending Viral
Your Guide to Thriving in This Strange New World
Staying
In? What to watch, what to eat, and where to shop from home
OR
Heading
Out? What you need to know to stay safe when heading out