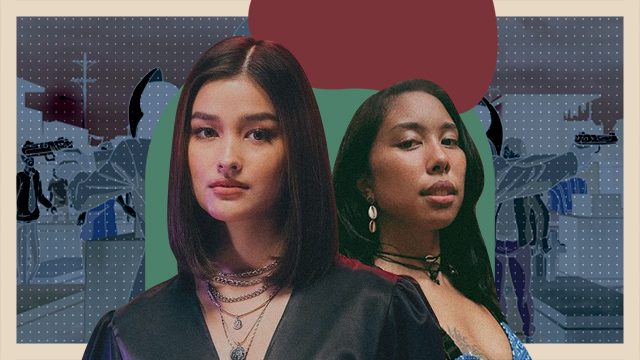 Take it from the voice talent herself.

(SPOT.ph) There is a lot to unpack from the Netflix adaptation of Trese. Front and center on everyone's minds (or ears?) is, of course, Liza Soberano's first foray into voice acting. The popular actress lent her voice to Alexandra Trese, the lead character, for the Tagalog version of the animated series—and people have a lot of feelings. Amid all the opinions being thrown online, voice talent and online celebrity Inka Magnaye has shared her thoughts on Soberano's performance on Twitter: "Liza Soberano’s voice is perfect for the character," she said. Yup, you can show this to all the rabid naysayers on your feed.

Professional voice actor Magnaye, who shares snippets of her talents and epic family of fellow voice actors online, started watching the series on Sunday, June 13. She tweeted about the experience watching one of the biggest Filipino stories available on the global platform.

"[Soberano's voice-over has] a great balance of youthfulness and grim," wrote Magnaye—but it definitely has its flaws. The VO master stated that even an on-purpose deadpan delivery could benefit from some exaggeration, throwing in the example of 2000s cartoon Daria. Still, "Liza Soberano ISNT monotonous [sic]."

Magnaye stated that although Soberano tended to "deliver her lines in almost the exact same cadence," there is some "dynamics."

She then pointed out that "whoever was directing her during the recording sessions could have guided her a little more to explore different deliveries," before reiterating that these thoughts were really just her "speculating." Magnaye added, acting and voice-acting are two different things, explaining that with VOs, "the expressions need to be heard in your voice."

"Not even all VAs can do that. It’s something very trainable though, and an actress like her will surely be able to get that down with practice!"

Overall, it looks like Soberano did A-OK for Magnaye. Trese's character was meant to be the stoic kind, a la Batman. "She just needed to lean into the other aspects of how to deliver other lines a biiiiit more."

Plus here's a fun tidbit: Magnaye also tweeted about her uncle, Apollo Abraham who voiced the Filipino version of the cop everyone now stans, Captain Guerrero. It just makes sense that at least one person from her awesome family was part of the huge project!

Soberano shared in a roundtable how she wanted to do her best for the animated adaptation. "I don't want to fail anybody," she tells SPOT.ph, adding that she was most scared of disappointing fans of the OG graphic novels.

The first thing Soberano did when she got the voice-acting role was to speak in Tagalog for two weeks straight. She also had workshop lessons with a voice coach to make sure she got things right. Whatever your verdict may be, we're just happy Soberano finally got the chance to play a badass superhero.

Savvy Adventurer Trese Netflix Inka Magnaye Liza Soberano Streaming Services Viral Staying In
Your Guide to Thriving in This Strange New World
Staying
In? What to watch, what to eat, and where to shop from home
OR
Heading
Out? What you need to know to stay safe when heading out