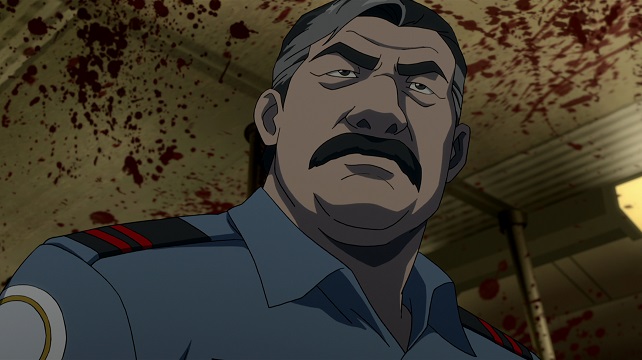 (SPOT.ph) Trese has finally dropped on Netflix! The animated adaptation will arguably introduce Metro Manila, Philippine folklore, and all its wild characters to the rest of the world—but TBH, there is one character even Pinoys might not know of, in a way. Yup, we're talking about the pure soul that is police officer Captain Guerrero. An actual, genuinely good cop? They exist, and not just in Trese, says Liza Soberano in a roundtable with SPOT.ph.

Who is Captain Guerrero in Netflix's Trese?

While the comics are already full of unbelievable characters, the adaptation added an even more hard-to-believe edge to the old police officer's story. Major spoilers lie ahead for those who haven't already binged all six episodes on Netflix!

We're zeroing in on episode four of the series, which shed light on the Captain's life—and motives. There is an opening montage showing Captain Guerrero's  seemingly mundane, repetetive life, but as the episode—and the zombies—progress, we see what drives the old cop. He's been at it for years, still at the same rank as when Alexandra's father was the Lakan, and yet Guerrero's faith in his purpose as a cop remains.

It all comes to a head when Alexandra is about to execute a prisoner to save the lives of many—but Guerrero swoops in with the best dialogue we have possibly ever heard, as voiced by Apollo Abraham in Tagalog and Matt Yang King in English. Get ready for "Kaya kung ito na talaga ang katapusan natin, sabihin mo ang pangalan mo para hindi ka na rin mawala sa alaala ko," to replace "Walang himala!" in pop culture. Maybe.

In a world where cops aren't always seen in a good light—the #PulisAngTerorista pops up every so often on Twitter and even the kids are aware—someone like Captain Guerrero is arguably as mythic as it gets. But Trese's Filipino voice actor Soberano believes otherwise.

"I'm pretty sure that there is at least one or probably even more good and genuine people out there," says Soberano about the likelihood of a Captain Guerrero amongst the ranks. "We just have to believe and find that right person to represent police, [someone] like Captain Guerrero."

"It may be hard and it may be scary to bring our trust back into them," admits Soberano, but all it takes is one real-life Captain Guerrero. Now all we have to do is find someone like him!

Adventurer Savvy Seasoned Netflix Streaming Services Trese Captain Guerrero Liza Soberano
Your Guide to Thriving in This Strange New World
Staying
In? What to watch, what to eat, and where to shop from home
OR
Heading
Out? What you need to know to stay safe when heading out