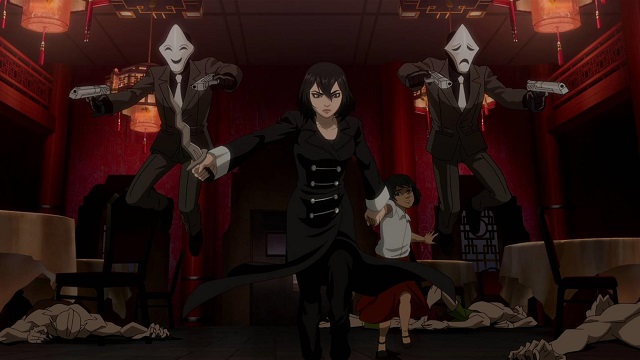 (SPOT.ph) We finally got our first glimpse of the Trese anime adaptation! Netflix just dropped a trailer for their first-ever original production based on a Filipino work—and it is looking really action-packed. Plus, is it just us or is Liza Soberano's voice practically unrecognizable for the Filipino take? We can't wait for when the series drops on Netflix on June 11. Okay, we'll keep quiet now while you take some time to absorb it all:

Oh yes, that was the Alexandra Trese in full animated glory. As voiced by Soberano! There are two voice actors for the lead character: Soberano in Tagalog and Filipino-Canadian actor Shay Mitchell in English. We're loving that extra level of grit Soberano took on for her voicing. After all, badass supernatural detective Alexandra Trese is definitely a step away from the sweet characters she first took on for the small screen (Remember Agnes in Forevermore?).

Netflix also dropped the full voice cast for both languages, which includes names like Darren Criss and even The Last Airbender's Zuko, a.k.a. Dante Basco! Check the full lists out below.

The anime adaptation of Trese was first reported as early as 2018. We've been waiting around three years for this so we totally get the hype! Budjette Tan and Kajo Baldisimo's graphic novel series have always had one heck of a following thanks to its unique mix of Manila's crime-ridden underbelly and Filipino folklore—as led by master detective Alexandra Trese.

Adventurer Savvy Trese Liza Soberano Netflix Streaming Services Staying In
Your Guide to Thriving in This Strange New World
Staying
In? What to watch, what to eat, and where to shop from home
OR
Heading
Out? What you need to know to stay safe when heading out