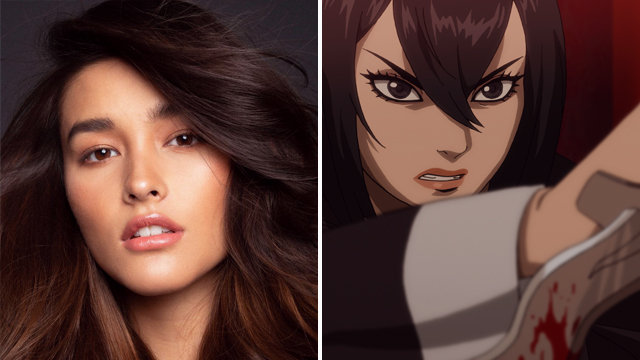 Soberano and Shay Mitchell will lend their voices to this badass character.

(SPOT.ph) Liza Soberano will be voicing Alexandra Trese, the deadly character at the center of the wildly popular Trese graphic novels, for Netflix's anime adaptation. Partnering up with Soberano—who will be in charge of the Filipino language version—is Filipino-Canadian actress Shay Mitchell of Pretty Little Liars! Mitchell will be doing the English version for the much-awaited series, which is scheduled to be released sometime in 2021.

Netflix dropped the voice casting news on their local Twitter account on March 8. Folks have been waiting since 2018 to see Budjette Tan and KaJO Baldisimo's komiks about a Manila where folklore and reality mash-up as the mysterious Alexandra Trese takes the supernatural criminal underworld finally come alive on screen—and news that these two actors are in charge of voicing her has definitely added to the excitement.

Who Will Voice Alexandra in the Trese Netflix Adaptation?

"I knew that the title role of Alexandra Trese was going to be challenging to cast for the animated series. It is important for the voice talent to embrace the layered character," said Jay Oliva (Wonder Woman and The Legend of Korra), executive producer, in a statement. Mitchell adds that "Philippine folklore is rich and fascinating, and I am thrilled to be a part of the team bringing this story to life." The Canadian actor's mother was originally from Pampanga.

"I'm a huge fan of Budjette and KaJO’s award-winning Trese comics," said Soberano. So while we weren't able to see Soberano play the kickass heroine Darna, we can't wait to see how she takes on the anti-hero role of Alexandra Trese! "Excited na'ko," added the actor.

The Trese series adaptation is part of the 2021 anime slate of Netflix. No release date has been announced.

Adventurer Savvy Netflix Streaming Services Anime Trese Liza Soberano Shay Mitchell Staying In
Your Guide to Thriving in This Strange New World
Staying
In? What to watch, what to eat, and where to shop from home
OR
Heading
Out? What you need to know to stay safe when heading out