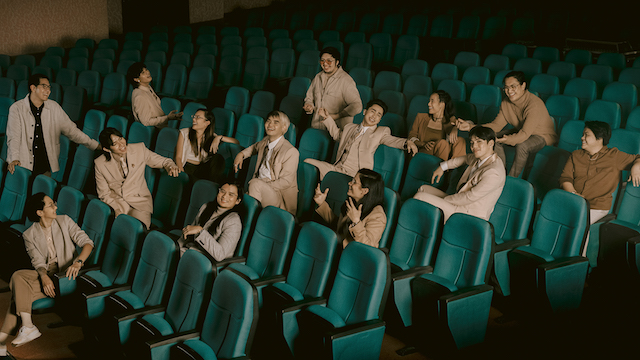 For the music video of their collab track!

(SPOT.ph) Folk band Ben&Ben and P-Pop group SB19 finally dropped the band version of "MAPA", a collab track, on June 28. And if you weren't already convinced this was a historic event, well, they decided to film the music video at none other than the restored Manila Metropolitan Theater. Yup, nearly a century after the theater was first opened, new Pinoy artists have claimed the storied stage.

The folk-pop-rock track—a re-recording of an SB19 song—is not about an actual map, as the title says, but from the perspective of someone telling their parents to rest easy after all they've done for them. Though we may have missed SB19's dancing, we totally get the more live concert vibes they went for the band version music video.

Ben&Ben on Working With SB19 for "MAPA"

Plus, it looks like shoot at The Met was just as fun as it looks in the video. "Nung shoot ng "MAPA" sa Metropolitan Theater, parang magtotropa na kami. Saglit lang kami magkasama, pero parang ang tagal nang magkakakilala." Imagine how that cool chemistry would translate to live gigs!

The heritage building designed by Juan M. Arellano has been a symbol of Old Manila's grandeur since it was inaugurated in 1931. The venue has been opened and shuttered a few times throughout the decades, but its latest closure has seen it shut off from the public since 1996. Restoration efforts have been pushed since 2010, the latest of which is spearheaded by the National Historical Commission of the Philippines. The theater slated to open in December.

Adventurer Savvy Seasoned SB19 Ben&ben Manila Metropolitan Theater Staying In Heritage
Your Guide to Thriving in This Strange New World
Staying
In? What to watch, what to eat, and where to shop from home
OR
Heading
Out? What you need to know to stay safe when heading out