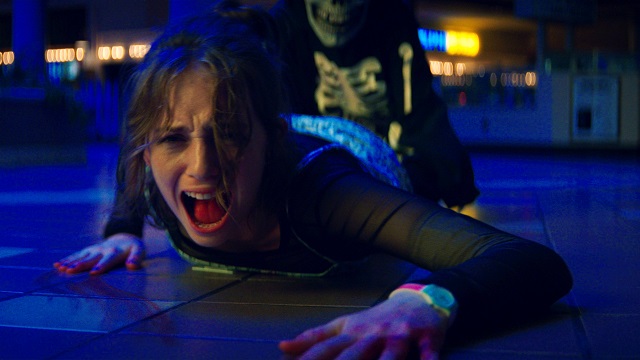 (SPOT.ph) R.L. Stine knows how to scare kids. It's an odd thing to be an expert at, but there's no denying the author's magic. Well, it's about time we relive the horror—and introduce it to a whole new set of kids. Netflix is dropping a movie trilogy based on Stine's Fear Street series throughout July!The first one, set in 1994, drops on Friday, July 2. Miss the good ol' slasher flicks of yore? Check out the gory-nostalgic trailer below.

Here's Everything We Know About R.L. Stine's Fear Street on Netflix

Allow us to refresh your memory: Fear Street was the more grown-up offering of the '90s horror author. While the classic Goosebumps series usually featured unfortunate preteen characters, Fear Street centered around simiraly unfortunate teenagers living in the fictional city of Shadyside. With a murder count as high as in Shadyside, we have no idea why they continued to live in it—but we guess it's all part of the fun (for the audience, that is).

The movies, meanwhile, will tie in with the OG series' central storyline. A couple of teenagers discover the connection between all the tragic events that have been happening in their city—only to realize that they are the next targets of this 300-year-old force.

"I was so excited to pay homage to some of the great eras of horror movies," says the trilogy's director Leigh Janiak in a statement. We are going through three epic decades, after all. Part one was inspired by cult-classic '90s horror flick Scream (1994); part two was all about '70s slasher films Friday the 13th, Halloween, Nightmare on Elm Street; part three was all about Terence Malick’s The New World, explains the director.

R.L. Stine himself laid down why this horror story still holds its terrible magic. "The thing that ties Fear Street to people all over the world is that we all have the same fears," he said in the statement. We can't wait to see how all those fears come to play in the trilogy.

Adventurer Savvy Seasoned R.l. Stine Horror Nostalgia Netflix Streaming Services Fear Street Staying In
Your Guide to Thriving in This Strange New World
Staying
In? What to watch, what to eat, and where to shop from home
OR
Heading
Out? What you need to know to stay safe when heading out