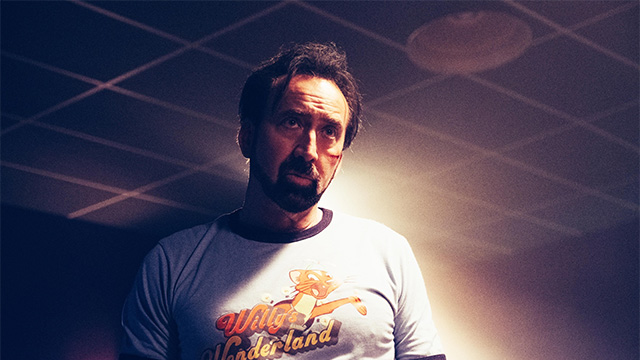 It's Finally Happening: Nicolas Cage Plays Himself in His Next Big Movie

Here's everything we know about the Unbearable Weight Of Massive Talent.

(SPOT.ph) Nicolas Cage, the man, the legend, the meme. The actor has gotten quite the reputation thanks to his insane career; it's hard to say what type of persona shrouds him exactly, but we are all for sure in awe. Well, it seems he's coming in hot with what must be his best role yet: Himself. Okay, a fictionalized version of himself, but you get it. Only Nic Cage can play Nic Cage.

The title alone says a lot about the movie! This Lionsgate movie is slated to be released on April 2022 and they've already dropped some footage—exclusively for folks who were at the studio group's CinemaCon, that is. Thankfully, we can still get the deets from those who were there!

#TheUnbearableWeightOfMassiveTalent is going to be insane.

Cage will play himself—we can't say it enough times—and will be joined by Neil Patrick Harris, Pedro Pascal, Tiffany Haddish, and more.  Bits of the self-satire shown at the con go like this, according to Deadline: Cage tells his agent, played by Harris, that he's done with the whole showbiz thing. Said agent then books him a date with some super-fan played (Pascal), who has so much money he has a room full of Cage memorabilia, including a wax figure of Cage's character from the 1997 cult classic Face/Off (whether it's Sean or Castor is up to you, we guess).

Then Hadish as a CIA agent shows up to break the Mediterranean island party! She tells Cage that the rich super fan is actually a wanted man—and it's up to Cage to get him. And that's what we've got so far.

Cage is caught everyone's attention (again) thanks to his intensity in the 2018 psychedelic horror Mandy, and more recently, in the surprisingly wholesome (but still violent) Pig. With a track record like his, we can't wait for the matchy-matchy April 22, 2022 release date!

Adventurer Savvy Seasoned Nicolas Cage Humor Hollywood Staying In
Your Guide to Thriving in This Strange New World
Staying
In? What to watch, what to eat, and where to shop from home
OR
Heading
Out? What you need to know to stay safe when heading out