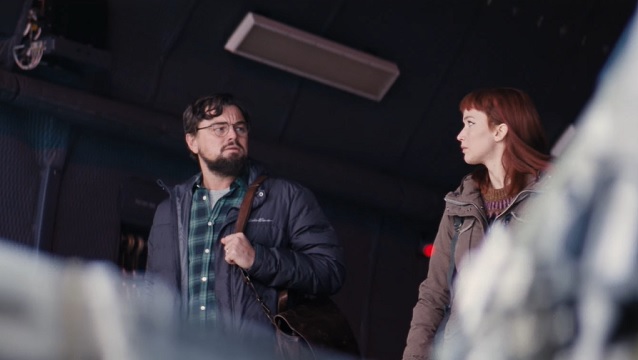 ...in a manner of speaking.

(SPOT.ph) So Netflix has made it official: they're dropping a new movie every week in 2021, saving us all from having to worry about how we're going to get our regular silver-screen fix this year (We'll just have to make do with a smaller one for now!). And to really get the excitement going, they released a massive teaser trailer full of first looks at the upcoming movies, mixed with hilarious jabs courtesy of some of the biggest stars coming to the platform. Plus, how could you not see that last bit with Jennifer Lawrence and Leonardo DiCaprio shuffling around in awkward silence as they wait to get off a plane? Check it out below.

Why yes, yes it is Lawrence and DiCaprio. Could they be anymore hilariously awkward? (Excuse the sudden Chandler Bing.) The unexpected pairing, and that tension-filled shifting of focus, are starring in a political satire directed by Adam McKay—and Netflix's teaser had our first look at the upcoming film!

Entitled Don't Look Up, the comedy tracks two low-level astronomers as they go on a giant media tour to tell the world of an approaching Earth-ending comet. Lawrence's and DiCaprio's roles haven't been officially confirmed but that tension-filled scene definitely feels like they're playing severely underqualfilied Nostradamuses.

The clip is way too short to tell but it looks like the star-studded flick was rightfully placed by Netflix as their finale to an epic teaser. Aside from Oscar-winners Lawrence and DiCaprio, an impressive slew of names will be joining the cast: Cate Blanchett, Jonah Hill, Himesh Patel, Timothée Chalamet, Ariana Grande, Kid Cudi, Tomer Sisley, Rob Morgan, and Matthew Perry. See? That Bing reference wasn't so random after all.

No word yet on which week of 2021 the star-studded movie will drop on the streaming platform, but we'll keep on the lookout. In the meantime, we have the list of movie titles that popper up in the Netflix teaser below, as well as the big names attached:

Adventurer Savvy Netflix Streaming Services Movies Jennifer Lawrence Leonardo Dicaprio
Your Guide to Thriving in This Strange New World
Staying
In? What to watch, what to eat, and where to shop from home
OR
Heading
Out? What you need to know to stay safe when heading out