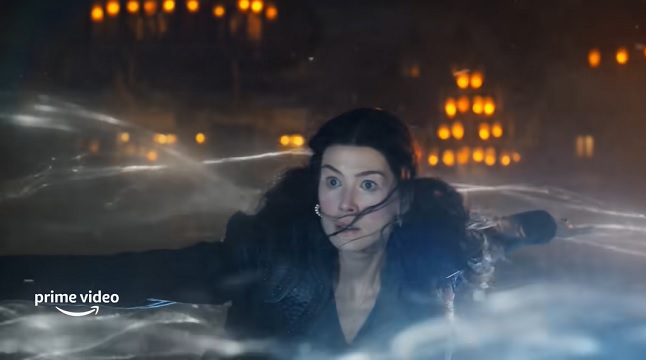 This Buzzy Epic Fantasy Series Is Shaping Up to Be the Next GOT; Here's Why

Rosamunde Pike stars as a member of a group of women who wield magic.

(SPOT.ph) The race to fill the void left by Game of Thrones finally has a strong contender: The Wheel of Time. Amazon has been hyping this series up for a while now—and they finally released the first trailer to back up all the buzz! The epic fantasy series stars Rosamund Pike as Moiraine, a member of an all-female order called the Aes Sedai, who is on a mission to find the one prophesied to either save or destroy humanity. Somehow, Pike is looking even more badass than usual. Check out the trailer below.

Everything we know so far about Amazon's The Wheel of Time:

Yup, only women can wield that "one power" Moiraine speaks of in the trailer. We're so sold.

What is The Wheel of Time?

The Wheel of Time is based on a massive U.S. fantasy book series by Robert Jordan. There are a total of fourteen volumes in the main series published throughout 1990 to 2013, as well as a couple other companion books. Although Jordan passed away in 2007 before the series was completed, Brandon Sanderson wrote the last books based on his extensive notes. So yes, the source material is intact, whole, and complete, in case you were worried! (Our excuses to George R.R. Martin).

The massive fantasy world created by The Wheel of Time draws inspiration from both European and Asian mythology, with a focus on the belief of time's cyclical nature. At the center of it are the Aes Sedai, an order of women who can channel the power of light and their mission to find the prophesied champion of the light.

The upcoming series is co-produced by Amazon Studios and Sony Pictures Television. The first season will focus on Moiraine, a member of the Aes Sedai on the hunt for the Dragon Reborn; in the adaptation, this reincarnated figure will either save or destroy humanity. In the town of the Two Rivers, she finds three young men but cannot be certain which is the chosen one—so she brings them all back to the city of Tar Valon. On the way, they must fight off evil figures sent by the Dark One who is also in search of the Dragon Reborn.

There will be a total of eight episodes, with the second season already greenlit! Filming for the first season was done in the Czech Republic—which TBH, is giving us major New Zealand, LOTR vibes.

Where and when can we watch it?

The series drops on Prime Videos on November 19, 2021. Mark your calendars!

Adventurer Savvy Seasoned Prime Videos Streaming Services Rosamund Pike Fantasy The Wheel Of Time Staying In
Your Guide to Thriving in This Strange New World
Staying
In? What to watch, what to eat, and where to shop from home
OR
Heading
Out? What you need to know to stay safe when heading out