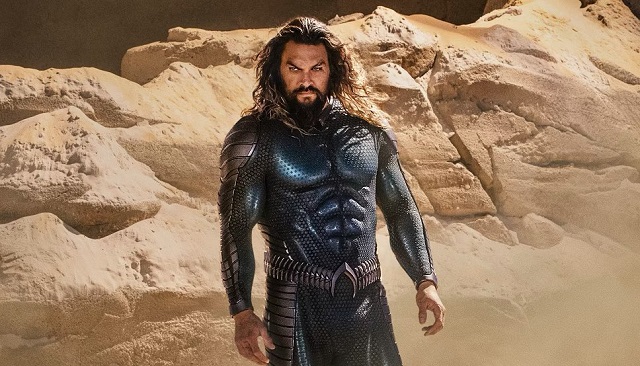 FIRST LOOK: Jason Momoa Gets a New Stealth Suit for The Lost Kingdom

Here's what we know so far about Aquaman 2!

(SPOT.ph) Jason Momoa dropped our first look at Aquaman's suits for the upcoming The Lost Kingdom sequel—and it looks like the beloved DC superhero is heading for one heck of an update! The actor dropped two pictures on his Instagram on September 6, PH time. The first suit was a gold-and-green ensemble, a callback to the OG outfit in the comics, but the second one was a much darker, sleeker version.

"Second round. New suit. More action," said the caption. The actor is now in London for the sequel's filming! We can't say for sure, but it looks like the darker suit means the follow-up may headed for a darker tone. Definitely a possibility in the DC Extended Universe, and with director James Wan returning for the sequel, we see it happening.

Also read: In This New Jason Momoa Thriller, You're in for Some Action...and Some Tears, Too

Here's what we know so far about Aquaman 2, Aquaman and the Lost Kingdom

Over on Wan's IG where he also posted the pictures of Aquaman, the director explained that the new suit is yup, called "the stealth suit." According to him, the suit is made from "Atlantean tech based on cephalopod’s camouflaging ability." Cephalopod being a type of fish, not a strange DCEU creature!

Wan said that the sequel "is very heavily inspired by Planet of the Vampires," a 1965 sci-fi horror classic. The director is known for all his horror titles, including The Conjuring, so it looks like he's taking a similar route for The Lost Kingdom. "You can take the boy out of horror, but you can never take the horror out of the boy," he was quoted as saying by Deadline.

Aside from Jason Momoa, Yahya Abdul-Mateen II is also back as Black Manta. More returning names include Amber Heard as Mera, Patrick Wilson as Ocean Master, and Dolph Lundgren as King Nereus. Aquaman and the Lost Kingdom sequel is scheduled for December 2022 release.

Adventurer Savvy Seasoned Jason Momoa Aquaman Dc Comics Staying In
Your Guide to Thriving in This Strange New World
Staying
In? What to watch, what to eat, and where to shop from home
OR
Heading
Out? What you need to know to stay safe when heading out