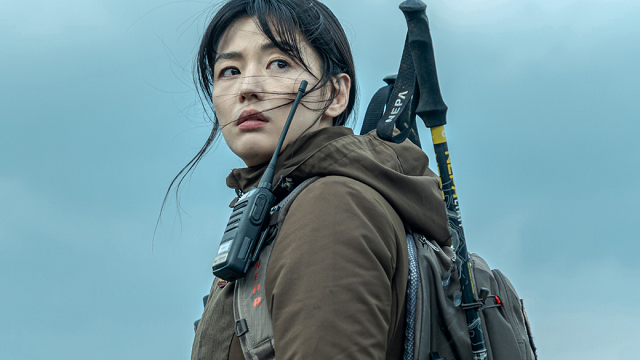 Kingdom Fans, This Upcoming Murder Mystery Should Be Next on Your Watch-List

(SPOT.ph) Running low on South Korean thriller series? We feel you. We've been on the hunt for another adrenaline-fueled ride ever since Kingdom: Ashin of the North and with the show's third season still nowhere in sight, the supply has been pretty low. So we are very happy to report that Kingdom writer Kim Eun-hee has been working on a different series dropping soon on Chinese streaming platform iQiyi! Mark your calendars for October 23 and Jirisan.

Also read: Finally, Kingdom: Ashin of the North Will Give Us Some Much-Needed Answers

K-Drama Jirisan is shaping up to be the next big thriller watch:

Yup, that was Ashin, we mean, Gianna Jun! She stars as an experienced national park ranger working with a rookie (Ju Ji Hoon) to make sure hikers on the mountains of Jirisan stay safe. Except strange things begin to occur on Jirisan—murders included—leading the two to uncover the mountain's dark secrets.

Writer Kim Eun Hee wrote the story based on interviews with real-life rangers. "When I wrote Jirisan at the beginning, it didn’t focus on rangers. I was more interested in stories about mountaineers," Kim said in an iQiyi statement. According to her, she became interested in the difference between the goals of climbers and rangers; the first group wants to make it to the summit while the second group focuses on making sure everyone gets back down safely—or in the case of Jirisan, alive, at the very least. Compared to her last works, Jirisan is "a drama series that saves people."

Aside from the exciting premise, the Jirisan cast and creators all have pretty stellar titles under their belt. Jun was a lead in her very own special Kingdom episode—among many other unforgettable roles—and Ju is Crown Prince Lee Chang in the series too! Plus, the Jirisan director Lee Eung Bok was at the helm of Descendants of The Sun, Guardian: The Lonely and Great God (a.k.a. Goblin), and Sweet Home.

Adventurer Savvy Iqiyi Streaming Services Gianna Jun Jirisan Staying In
Your Guide to Thriving in This Strange New World
Staying
In? What to watch, what to eat, and where to shop from home
OR
Heading
Out? What you need to know to stay safe when heading out