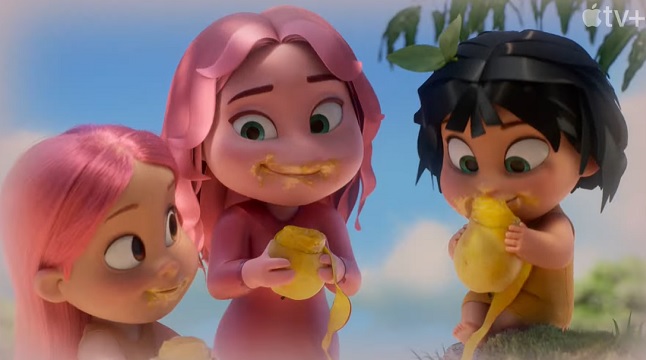 Joe Mateo has worked on films like Big Hero 6 and Meet the Robinsons.

(SPOT.ph) Filipino artists are a major part of the force behind today's biggest animated movies. Fact. We're sure you've heard that "P.Sherman" was the address used in Finding Nemo thanks to the cheeky Pinoy creators who wanted to reference our accent. (That one is an Internet factoid, a.k.a. unverified, but you get our point!). Well, our artists and storytellers are finally getting the chance to not only reference our stories, but bring it to the forefront! Check out the trailer for Blush, an upcoming Apple Original Film written and directed by Joe Mateo, that lands on Apple TV+ on October 1.

If you felt first-five-minutes-of-the-Up-movie feels, you're not alone. We know just how heart-wrenching these stories can get; for some reason, the more adorable the animation, the more painful and poignant the story, so best get the tissues ready. Blush is about an astronaut who ends up stranded on a small planet—and ends up joined by a bright pink extraterrestrial.

This short film is the directorial debut of veteran animator and storyboard artist Mateo, who has been part of the Disney  team for 25 years, according to Cartoon Brew. Blush is a very personal story for Mateo. It draws from his own life, particularly by the loss of his wife to cancer in 2017 and their experience moving from the Philippines to the U.S.

Mateo started out as a clean-up artist over at Disney in the '90s. He worked up to major credits such as co-writing Meet the Robinsons and being head of story on Big Hero 6. He was also part of the teams that made Bolt, Zootopia, Tangled, Raya and the Last Dragon, and more.

"There’s so much in our culture that the world hasn’t seen yet. And I’m excited to tell stories about growing up in the Philippines," Mateo told Nerds of Colors on the short film. He also let drop that mangoes play a part in this love story! Yup, they peel it instead of slicing too. "That’s the way my grandma used to do it, so we can hold it from the bottom and not have it get messy," shared the artist.

Mateo's Blush is also the first release from Skydance Animation, which is headed by former Disney and Pixar executive John Lasseter.

Adventurer Savvy Seasoned Blush Jon Mateo Apple Tv+ Streaming Services Staying In
Your Guide to Thriving in This Strange New World
Staying
In? What to watch, what to eat, and where to shop from home
OR
Heading
Out? What you need to know to stay safe when heading out