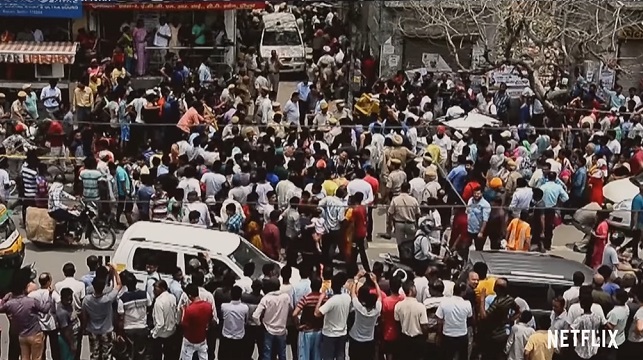 House of Secrets goes beyond the facts.

(SPOT.ph) Netflix has been dropping true-crime titles on us left and right lately—and it looks like we've finally got one docuseries that really is worthy of putting on the must-watch list. We're sure you've seen the buzz surrounding House of Secrets: The Burari Deaths lately. This new docuseries dropped on October 8 and is now on the Netflix Philippines trending list. Not sure whether you should put it on your list? We lay down what you need to know below.

Also read: Obsessed With Cecil Hotel? Here's Why You Should Stream Night Stalker Next

What is the Netflix true-crime docuseries House of Secrets: The Burari Deaths about?

This new docuseries covers a case known as the "Burari deaths." In 2018, India was rocked by the deaths of 11 members of the Bhatia family from Burari, Delhi. Neighbors had found 10 members of the family hanged and the oldest family member strangled—what followed was pretty much an explosion of people trying to find out what could have happened. Police eventually closed the case as a mass suicide. But what could have possibly brought an entire family to do this what the new docuseries tries to explain.

There are no real answers as to the "whys" in this series. Instead, the Leena Yadav and Anubhav Chopra show dives deep into what happened to the Bhatia family. From news reports to interviews with neighbors, and yup, a look into the full set of diaries they kept, House of Secrets looks into all the different aspects and lets you decide for yourself. The series also touches on the mental health aspect—with shared pyschosis being the pegged reason behind the mass suicide—and the social factors as well. We won't erm, spoil much (for lack of a better word) about this family's case, but it seems the death of their patriarch earlier on was something they were never able to move on from.

House of Secrets follows in the vein of Netflix's past true-crime docuseries. It consists of three episodes at around 45-minutes each and is constructed similarly to the Cecil hotel docuseries. If you were into how they tackled Elisa Lam's tragic case, then this is a must-watch for you, too.