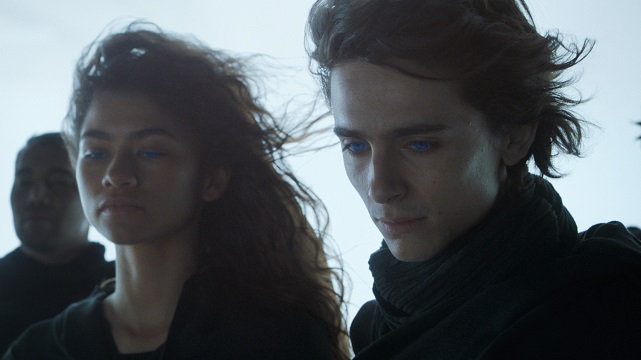 It's Official: You Can Watch Dune In Metro Manila Cinemas

Yup, it's the first indoor screening confirmed in a long time!

(SPOT.ph) Finally. We have our first confirmed theatrical release since news broke that Metro Manila cinemas can reopen! The movie? The much-awaited fantasy Dune. Oh yes, we're sure you've seen the big-ticket film making a splash elsewhere in the globe—and we'll soon get our share of the action too. Warner Bros. Philippines announced that Dune will be screening exclusively in cinemas (i.e. no erm, legal streaming link here) starting November 10.

Indoor cinemas were given the green light to reopen following Metro Manila's shift to Alert Level 3. November 10 is the date announced by the Cinema Exhibitors Association of the Philippines for the comeback; a few cinemas have confirmed this as well.

Dune has been keeping up the hype for a while now—the release kept being pushed back due to the still ongoing panini—dropping bits and pieces of the epic film based on Frank Herbert's 1965 novel of the same name. To say that people have massive expectations for this massive film would be an understatement!

The multi-layered story is set in Arrakis, a.k.a. Dune, a.k.a. the only source in the entire known Universe of the life-extending substance "the spice." Paul (Timothée Chalamet), of the house Atreides, joins his father, Duke Leto (Oscar Isaac) to Dune after he was awarded stewardship of the dangerous planet. The designation is clearly a trap, but his father takes it anyway. There, Paul must face great dangers, betrayals, and wild unknowns—least of all the monstrous sandworms that inhabit the desert seas of Dune. Plus, have we mentioned the mysterious, blue-eyed Chani (Zendaya)?

No word yet on which cinemas Dune will be screening at but we'll keep on the lookout! Meanwhile, don't forget some of the biggest changes to watching in indoor cinemas: only fully vaccinated people can go, you must be one seat apart, no eating (Bye, popcorn!), and more. Stay safe, folks!

Hey, Spotters! Check us out on viber to join our Community and subscribe to our Chatbot.