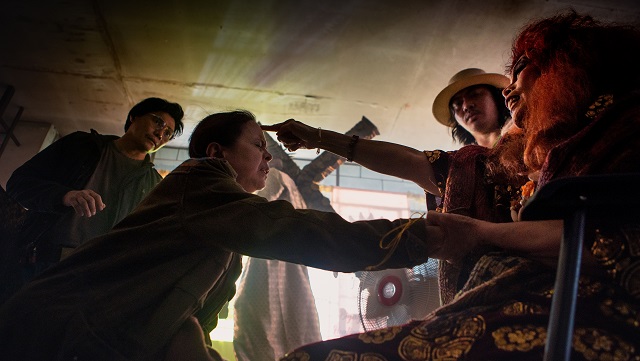 After #OTJ2, Erik Matti Flexes His Horror Skills With an Episode in HBO Asia's Folklore

With the power of the albularyo front and center.

(SPOT.ph) Erik Matti knows exactly how to get at the audience, whether gritty, steamy, or scary content. If you're wondering what this director is serving up next after all the buzz from the On the Job series, then you may want to mark your calendars for his upcoming horror title. The second season of Folklore drops on HBO Go starting November 14—and the anthology series includes an episode from Matti. The topic? The power of the albularyo.

Also read: Erik Matti Knows You Downloaded the OTJ Movie; Don’t Do the Same for the Mini-Series

Yup, best prep for all these creepy vibes. Folklore is an HBO Asia Original series that highlights tales on myth and superstition across Asia. The second season will bring us six new episodes at around an hour long each, premiering every Sunday.

Matti's work is entitled 7 Days of Hell and stars Dolly de Leon and Roshson Barman. It follows a policewoman who fights supernatural powers fter her son falls ill. She ends up having to make amends with the sorcerer that has brought the sickness upon her kid, only of course it won't be easy. This dark-looking take on the albularyo's role in Philippine society will be released on Sunday, December 5 at 10 p.m.

Other stories in the latest season will be set in  Taiwan, Japan, Thailand, Indonesia, and Singapore. Folklore has brought in directors including  Shih Han Liao from Taiwan, Seiko Matsuda from Japan, Sittisiri Mongkolsiri from Thailand, Billy Christian from Indonesia, and Nicole Midori Woodford from Singapore. Acclaimed filmmaker Eric Khoo returns as showrunner.