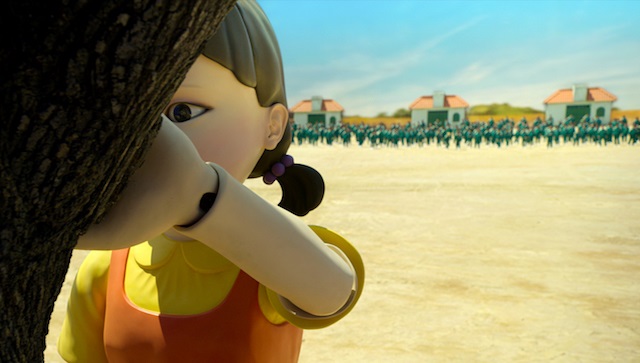 Netflix is yet to confirm the news.

(SPOT.ph) Squid Game Season 2 is happening. Yup, the creator of  the massively popular and massively brutal Netflix series has confirmed great news for those who enjoy watching butthole-clenching, stress-filled titles! During a screening in Los Angeles, series creator Hwang Dong Hyuk confirmed to the Associated Press that there are indeed plans for a follow-up Squid Game season.

Also read: A Broadband Company Is Suing Netflix for the Squid Game Surge

"But I will say there will indeed be a second season," is how AP translated the creator's answers while on the red carpet. Those are Hwang's words! "It's in my head right now. I'm in the planning process currently," added the creator. Any guesses as to what type of games they'll come up with next?

While Hwang's statements have us ready to get our game on, Netflix is yet to confirm the news officially officially. Although seeing as the series is their most succesful original series yet with 111 million households viewing in the title's first 28 days—besting Bridgerton's 82 million—the odds are definitely in our favor.

"So there’s been so much pressure, so much demand and so much love for a second season. So I almost feel like you leave us no choice!" said Hwang cheekily. He added that while it was too early to give out any concrete details, he promised in English that "Gi Hun will come back. He'll do something for the world." Instantly we're 100% sold on this.

For those who somehow managed to evade all the buzz, Squid Game is a brutal series about hundreds of cash-strapped folks fighting to the death for a ton of money—only instead of Gladiator, Battle Royale-type fights, they play different versions of childhood games. Down-on-his-luck gambler Gi Hun (Lee Jung Jae) finds himself at the center of the Squid Game and well, we won't say anything about how it all goes down, especially with the promise of a second season making us want to keep things completely spoiler-free.

Adventurer Savvy Seasoned Squid Game Netflix Streaming Services Korean Staying In
Your Guide to Thriving in This Strange New World
Staying
In? What to watch, what to eat, and where to shop from home
OR
Heading
Out? What you need to know to stay safe when heading out