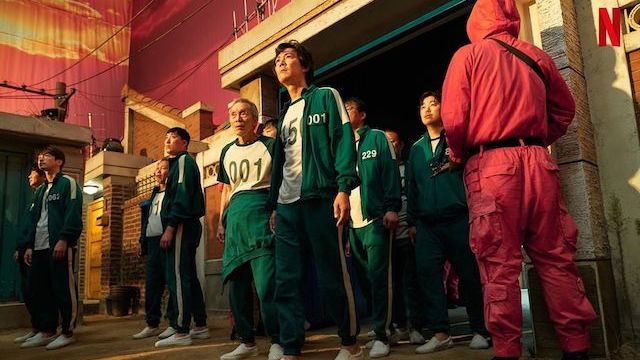 (SPOT.ph) Turns out pretty much every country with Netflix could relate to the brutal themes of Squid Game. Yup, it wasn't just the Philippines obsessed with the show—Squid Game drew in a record-breaking 111 million viewers globally in its first four weeks on Netflix! That's almost our country's population. Now what record was broken exactly? It is now the most successful series launch Netflix has had so far, besting even steamy Regency drama Bridgerton.

It took just 28 days for Squid Game to reach 111 million viewers on the platform. This record was previously held by Bridgerton, which marked 82 million households after the first 28 days. The modern-feeling Regency romance made one heck of a buzz worldwide in December 2020 but it seems the hard-hitting Squid Game captured the general feeling of gloom and doom even better.

Netflix typically uses the period of 28 days as basis for a show's launch and admittedly, the count is pretty lenient. Watching at least two minutes of any episode counts as an official view, according to Deadline. Still, the fact that Squid Game reached the top trending spot in 90 countries—Bridgerton reached No. 1 in 83 countries—is proof that people were very much into the show.

Meanwhile, it made a splash in its home of South Korea too. So much so that a broadband company is suing Netflix for the network surge caused by folks streaming Squid Game.

Non-English titles have been making it big globally via Netflix. Squid Game was also subtitled and dubbed into 30 languages, far more than is typically done, noted Deadline—all efforts pointing to Netflix's strategy of "internationalization." Cue massive non-English shows like Money Heist, Lupin, and yup, Trese! This means we will probably be seeing more and more international shows hitting out screens soon enough and we're all for it.