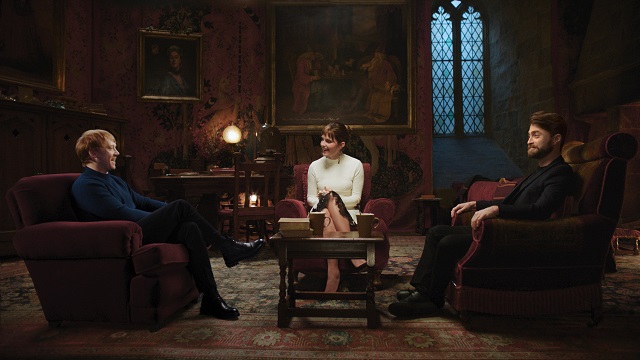 PSA: You Can Stream the Harry Potter 20th Anniversary Reunion Legally in the PH

(SPOT.ph) We don't know who needs to hear this but the first Harry Potter movie came out in 2001. As in, nearly two whole decades ago. We're not okay either. But here's something to look forward to! The cast—with golden trio Daniel Radcliffe, Rupert Grint, and Emma Watson front and center—are reuniting for an HBO Max special that drops on January 1, 2022. Best part? Folks in the Philippines can catch it when it drops on the same day on HBO Go.

Also read: Here's the Harry Potter and The Queen's Gambit Connection You May Not Have Realized

Yup, The Philosopher's Stone came out in 2001! And Harry Potter 20th Anniversary: Return to Hogwarts is coming to mark the two decades since then.

Prep your hearts for interviews, cast conversations, and maybe even never-before-heard making-of stories. This special will most likely follow in the vein of the Friends Reunion Special that dropped in May; a bit like a talk show with different segments.

"This retrospective is a tribute to everyone whose lives were touched by this cultural phenomenon—from the talented cast and crew who poured their heart and soul into this extraordinary film franchise to the passionate fans who continue to keep the Wizarding World spirit alive 20 years later," Tom Ascheim, president of Warner Bros. Global Kids, Young Adults and Classics, was quoted as saying by Variety.

UPDATED (December 20, 2021): This article was updated following the drop of the official trailer.

Adventurer Savvy Seasoned Hbo Go Streaming Services Harry Potter Reunion Nostalgia Staying In
Your Guide to Thriving in This Strange New World
Staying
In? What to watch, what to eat, and where to shop from home
OR
Heading
Out? What you need to know to stay safe when heading out