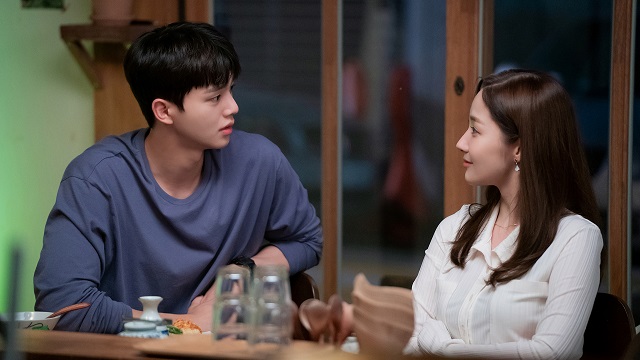 Falling for a Coworker? This New K-Drama on Netflix Will Hit You Right in the Feels

Forecasting Love and Weather isn't a walk in the park.

(SPOT.ph) A lot has been said about being involved in an office romance. There’s the excitement, the risks, and the pitfalls of being in one. But what if you throw in the unpredictability of weather—and of life—to the mix? Yup, that’s Forecasting Love and Weather for you.

Apart from getting into the complexities of a workplace romance, this new Korean series also explores the parallels of weather and life through the folks working in the Korea Meteorological Administration. It starts streaming on Netflix on February 12, with new episodes dropping every Saturday and Sunday.

During the show’s press conference, director Cha Young Hun reveals that the concept has been on creator and writer Sun Young’s head for a long time. “I think it took her about two years to do all the research. And then for about eight months, she practically lived at the KMA (Korea Meteorological Administration),” he says. Through their discussions, director Cha found the similarities between weather and life intriguing. “We sometimes get the wrong gut feeling, but we don't give up. The forecasters need to continue to make the weather forecast and people need to continue with their everyday life.”

Rom-com queen Park Min Young takes on the role of chief forecaster Jin Ha Kyung, who she describes as someone “very cold” and “a stickler to principles and rules.” Despite those qualities, Ha Kyung winds up in yet another office romance after getting out of one. In a separate roundtable interview, Min Young tells us that playing Ha Kyung “was actually much more challenging” than she initially thought. “Ha Kyung is a chief forecaster. She's like the role model of the other women workers but she also has some asocial aspects to her,” she says.

The teaser clues us in on the budding romance between Song Kang’s Lee Shi Woo and Ha Kyung, and the lengths that they would go to in order to avoid scrutiny from their coworkers.

Kang, who’s earned the monicker “son of Netflix” thanks to his consecutive roles in Netflix-streamed dramas, brings to life the “innocent and funny” Shi Woo who’s “down to business about [the] weather.” “My character Shi Woo is really innocent and naive and kind of dorky, so I think he resembles me to some extent [and] that's why I chose this series,” he says. The series is also the actor's first stab at a romantic comedy.

Yoon Bak minces no words in declaring his character, KMA spokesperson director Han Ki Jun, as “the worst person ever.” He recalls how he became part of the series: “I really didn't like him, but they offered me this character Han Ki Jun. So I had a meeting and I was going to say no, and I went to see the director. But then the director persuaded me that I should take this part.” He adds, “But you know, filming was fun and exciting and I could find the evil side of me coming out, so it was a very meaningful experience for me as well.”

Rounding up the cast is Yura of Girl’s Day, who plays reporter Chae Yu Jin. She shares how she felt like she was the audience while reading the script. “I read the first, second, third, and fourth script and the episodes and I just found myself bursting out in laughter. Sometimes my heart will flutter and I'll be like, I'll be like my heart will be all pit-a-pat.”

Apart from the heart-fluttering moments and focus on work, Min Young says that the show also touches on themes of “growth and vision.” “It has a diverse array of emotions and elements and I think it makes this story much more interesting,” she says.

If those are any indication of the feels that we’d get from watching Forecasting Love and Weather, then it seems we have a reason to look forward—and stay up—every weekend.

Forecasting Love and Weather starts streaming on Netflix on February 12 at 10:30 p.m. Photos courtesy of Netflix.