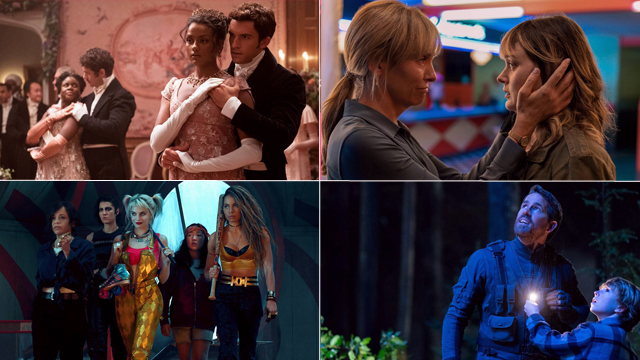 (SPOT.ph) Wondering what's left in the world? To binge-watch, we mean. Well, the ever-dependable Netflix has a slew of titles coming to make things more bearable, or at least distract you for a bit. Hey, there's hope you'll even learn something. We round up some of the most exciting ones to keep tabs on below.

Put these 10 Netflix series and films on your watch-list for March 2022:

We can't be the only ones dying to see those epic fight sequences again (and again)—or that egg sandwich scene, really. Need a refresher for this epic 2020 movie? Harley Quinn (Margot Robbie) has just been dumped by the Joker and now has to make it out on Gotham streets alone. Enter a new crew of badass girlfriends, and a kid, too. Campy, chaotic, fun, and always makes for a great rewatch.

My Roommate Is a Gumiho: Season 1 (Series)

No binge-watch list is complete without a romantic K-Drama. We say put this one on the list! It's a hook, line, and sinker type of trap lovers of the co-habitation trope will (willingly) fall into. A 999-year-old Gumiho (or nine-tailed fox spirit, loosely) and a modern-day college student end up living together—making for comedic moments and some sweet, sweet tension, too.

Pieces of Her (Series)

That trailer did not go where we expected it to either. Toni Collette really isn't one to mess with. Remember Hereditary? We wish we could forget, too. In this series, Collette plays a mother whose past comes hurtling back to the present after an incident in their small town—leading her daughter down a crazy path to the truth.

The Japanese sure do reality TV different—especially if we're talking this game-show hybrid. Comedians bring out their best stand-up to be able to remain in a thriller drama series. If their joke doesn't land, then it's curtains-down for them.

Jennifer Garner and Mark Ruffalo together again; we feel you, 13 Going on 30 stans. In this sci-fi film, time-traveling fighter pilot Adam Reed (Ryan Reynolds) ends up crash-landing in 2022—right into his 12-year-old self.

Now that's a relatable title. This tongue-in-cheek Indian series follows a 20-something on the quest for love—as (mis)guided by an imaginary wizard. Hey, it's not like you've never looked for guidance in stranger places.

Jason Segel sheds his HIMYM role and turns into a severely confused robber who gets caught stealing at a rich couple's vacation home. Enter Lily Collins and Jesse Plemons as the oddly apathetic homeowners. We don't know about you, but this thriller's trailer definitely has us interested. Who doesn't love one-location films?

The Principles of Pleasure (Documentary)

Oh yes, this documentary has us doing that side-eye emoji in full force—and it lands right on time for Women's Month! While information is still pretty scarce, Netflix said in a statement that this docu will dive into the science behind women's pleasure. Best part? It aims to put a stop to several myths.

Anyone else burning to see this? The second season of this steamy Regency romance will take us along on the Viscount's quest for his own match, leading Anthony (Jonathan Bailey) to clash with  his intended's feisty older sister Kate (Simone Ashley). We don't know how they'll top the first season's "I burn for you" dialogue but hey, there's huge promise for some feisty burns—among other things.