Celine Dion New Romantic Drama It's All Coming Back to Me Releases February 2023
Loading
Already a member? Log in
No account yet? Create Account
Spot.ph is your one-stop urban lifestyle guide to the best of Manila. 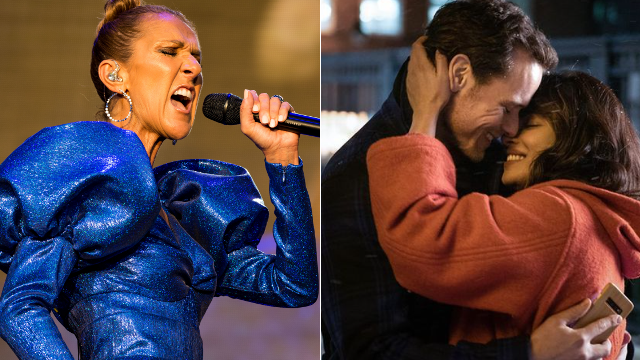 Celine Dion's First Rom-Com Is Coming and Yes, It's All Coming Back to Me Now

Because that's the movie title. No joke.

(SPOT.ph) Get ready to learn the power of love, Celine Dion fans. The iconic Canadian singer is lining up to star in, produce, and debut a new song with It’s All Coming Back to Me, an upcoming romantic drama set to drop in cinemas in 2023.

Written and directed by James Strouse, the film will follow Priyanka Chopra Jonas (The Matrix Resurrections) as she mourns the death of her fiancé. In dealing with her grief, she begins texting his former cellphone number, which now belongs to another man also grieving through heartbreak, portrayed by Sam Heughan (Outlander). If the story isn’t bitter, sweet, and strange enough, Dion will also appear as herself and will help guide the couple with letting their hearts go on.

A remake of the 2016 German film SMS für Dich (Text for You), the film derives its new title from Dion’s famous cover of "It’s All Coming Back to Me Now," originally written by Jim Steinman and sang by girl group Pandora’s Box. Judging by the title change, the film is looking to build on Dion’s instantly recognizable discography and heavy-hitting vocal prowess. Dion is also releasing a new song alongside the film’s release, but right now, all we can think of is what type of heartaching scene will be set to the tune of the titular song.

The film marks Dion’s first supporting role in a dramatic narrative feature. However, she has cemented an undeniable cinematic legacy with legendary, movie soundtrack hits such as “My Heart Will Go On” (from the 1999 smash hit Titanic) and “Beauty and the Beast” (co-performed with Peabo Bryson for the Disney animated film of the same name).

It’s All Coming Back to Me will release on Valentine’s Day weekend, February 10, 2023.

Celine Dion It's All Coming Back To Me Romance Romance Movies
Explore Spot.ph