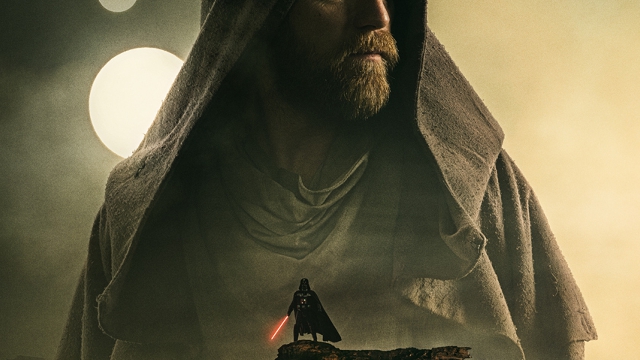 It's over, Anakin. Disney+ has the high ground.

(SPOT.ph) Help us, Obi-Wan Kenobi, you’re our only hope. The Star Wars galaxy feels further and further away from us fans in the Philippines, as the lack of the Disney+ streaming service here prevents us from binging the latest stories of the Mandalorian, Boba Fett, and the Clone Wars. Now joining the line-up of fan-favorite characters getting their own spin-off shows is Obi-Wan Kenobi (Ewan McGregor) in Obi-Wan Kenobi, which just dropped a new trailer that’s hotter than the lavas of Mustafar.

Also read: May the Fourth Be With You: A Look Back on the Movie That Almost Killed Star Wars

Yup, that’s definitely the Darth Vader you just saw—and that’s Hayden Christensen reprising the role of the fallen Jedi Anakin Skywalker! The last we saw of the Christensen and McGregor pairing, Obi-Wan had just sliced Anakin in half and left him to burn to death, after Skywalker had turned to the dark side. Darth Vader will definitely be seeking the revenge of Sith in this film.

Set in between the events of Star Wars Episode III: Revenge of the Sith and the original Star Wars Episode IV: A New Hope, the series will depict what Kenobi was up to during 17-year period. Turns out: he wasn’t just sun-bathing in the desserts of Tatooine, as the trailer depicts the former Jedi Master fighting off the Empire’s Inquistors on the seedy and neon-lit planet of Daiyu, which was described by the writers as Hong Kong in space.

In the series, Obi-Wan is primarily being hunted by the Inquisitors; the Fifth Brother (Sung Kang), the Third Sister (Moses Ingram), and the Grand Inquisitor (Rupert Friend). Don’t worry, you’re not suddenly forgetting characters from the movies. The Inquisitors were introduced in the Disney Channel animated series Star Wars Rebels back in 2014. They’re somewhat-trained Force-wielders who hunt the Jedi for the Sith, and this time they’re after Kenobi.

Obi-Wan Kenobi premieres in the countries with Disney+ on May 27.