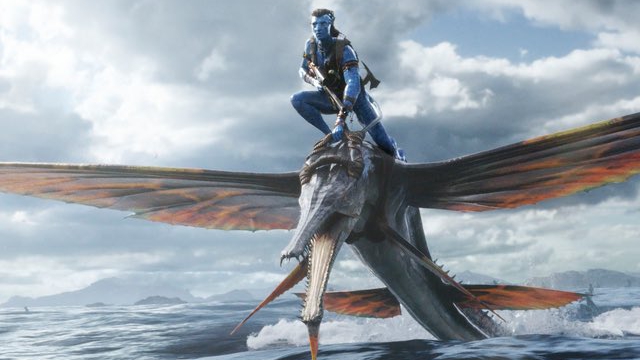 Finally: The Official Avatar 2 Trailer Is Here to Save Us

(SPOT.ph) Long gone are the early days of YouTube when you’d stumble across footage of jungle trees and aliens hidden shadows repurposed to seem like a trailer for the sequel to the biggest movie of all-time, James Cameron’s Avatar. Not saying YouTube or even people have changed, because every now and then, who doesn’t see a teaser for fake “Planet Hulk” or “Avengers vs. Justice League” movies with millions of views on Youtube? Those days are simply long gone, because now we finally have our official trailer to Avatar 2.

New Trailer for Avatar 2: The Way of Water is Released Online

Never bet against James Cameron! The mind behind Titanic, the first two Terminator films, Alita: Battle Angel, and the first Avatar film is back after a decade’s long wait to show how fantastical blockbuster epics should be done. The trailer highlights highly impressive underwater filmmaking, unbelievable interaction between the characters and CG environment, and ultimately just how advanced the technology has come since 2009.

If you’re wondering how in the world the first Avatar became the highest-grossing film of all-time and why there are four sequels already on the way, this trailer showcases that an eye towards breathtaking visuals and immersive worldbuilding is the key to making your big movie instantly iconic.

Additionally, we also get a vague synopsis that confirms the film is centered around Jake Sully (Sam Worthington), Neytiri (Zoe Saldana) and their kids, more than a decade after Sully and Neytiri drove the human colonizers off the planet of Pandora in the first film. We also get the film’s teaser poster that’s a throwback to the first film’s original poster.

Avatar: The Way of Water drops in cinemas in December.