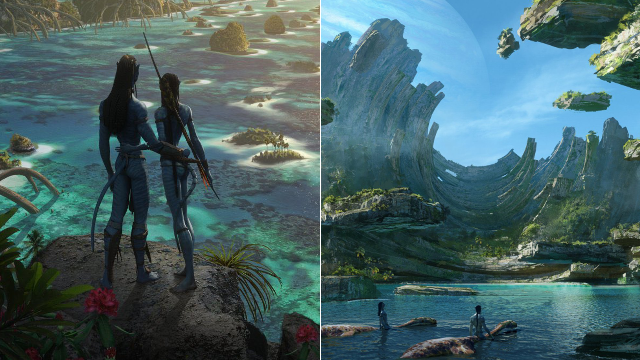 (SPOT.ph) It’s been almost 13 years since the highest-grossing film of all-time Avatar dropped in cinemas. To put this into perspective, when the first Avatar film came out, there were no iPads yet, we Filipinos were still in the midst of the Gloria Macapagal Arroyo presidency, and the Justin Bieber song we were all bopping to was “One Time.” Fast forward to today, and Avatar 2 is finally releasing in a few months and getting its first trailer next week.

At CinemaCon in Los Vegas, Disney confirms that the sequel will have the title Avatar: The Way of Water. The film is currently expected to drop in U.S. cinemas on December 16, so its first trailer debuts next week in front of screenings for Doctor Strange in the Multiverse of Madness. Disney states that the same trailer will then come out online the week after.

Here’s everything you need to know about Avatar 2 and its sequels:

The sequel picks up with the former human Jake Sully (Sam Worthington) and Neytiri (Zoe Saldana) now settled down with an adopted child nicknamed “Spider”  (Jack Champion), who was a human born on Pandora that the couple rescued since the ending of the last film.

Emphasized by its title, Avatar: The Way of Water will focus on the water nations of the Na’vi, the race of blue aliens found on the planet of Pandora. New film and visual effects technology were developed for the film in order to be able to shoot underwater with CGI characters who were brought to life via motion-capture performances.

The sequel is again directed and co-written by James Cameron, who brought us iconic big-budget films such as Titanic, submarine thriller The Abyss, and the first two Terminator movies. If there are two things Cameron definitely loves the most, it’s pioneering VFX technology and films that explore the depths of the ocean.

Speaking of Titanic, Kate Winslet joins the cast in her first motion-capture performance role, as she plays a member of the Metkayina, Na’vi’s reef, and ocean-dwelling people. Other notable new cast members joining include Vin Diesel, Michelle Yeoh, Oona Chaplin, and Cliff Curtis.

Also mentioned at CinemaCon, Avatar 2 is meant to be a standalone story and won’t end on a cliffhanger that will be continued on in Avatar 3. Oh yes, we’re not only getting Avatar 2—a third, fourth, and fifth film are already on the way. In fact, Avatar 3 is already done filming and portions of Avatar 4 have already been shot.

Avatar 3 is expected to come out in 2024, with Avatar 4 dropping two years after that in 2026, and Avatar 5 following another two years later in 2028. Not much is known about these sequels other than their titles which were reported on back in 2018. The third film will be called Avatar: The Seed Bearer, while the fourth is titled Avatar: The Tulkun Rider, and the fifth will be Avatar: The Quest for Eywa. These titles are, of course, still subject to change over the next few years.