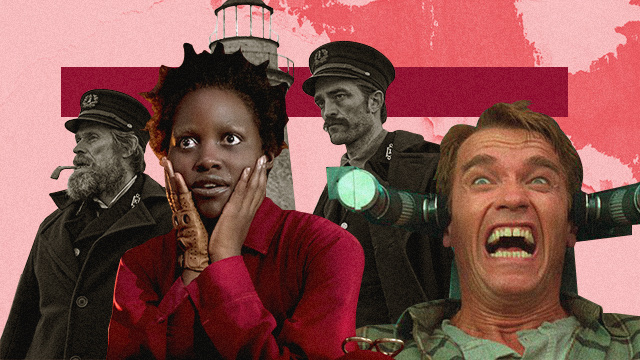 You can easily stream them online.

(SPOT.ph) The gateway to other dimensions has opened, and just as Doctor Strange is about to explore the many, scary worlds outside the Marvel Cinematic Universe, it’s also time for aspiring movie aficionados to venture out of the world of Marvel movies and content and get inducted into the cults of these classic horror and action films.

More accessible than the forbidden section of Kamar-Taj’s library, these 10 strange and scary movies are available to stream right now on selected platforms.

Also read:
10 Must-Watch One-Location Movies, Ranked by How Much You’ll Need to Press Pause
10 Horror Flicks You Can Stream on Netflix to Give You the Chills
10 New Horror Films to Watch If You’re Brave Enough

Here are scary movies on Netflix, HBO Go, and other streaming platforms:

Kicking off this list is the film that Marvel Studios President Kevin Feige has stated they specifically wanted to channel while developing the Doctor Strange sequel. 1981’s The Evil Dead is a low-budget, eerie cabin-in-the-woods horror film directed by Multiverse of Madness’ director Sam Raimi, a master of cult horror and action films. This horror film hits like a twisted carnival ride, as it launches you into this world of brutal gore and body mutilation while also inviting you to laugh in the face of its demented humor. It’s just a fun, fright-fest brought to you by guys who truly love horror… and blood—lots of it.

The Evil Dead is currently streaming on Netflix and available for rent or purchase on iTunes.

Drag Me to Hell is Raimi’s return to the horror genre after directing the Spider-Man trilogy of the 2000s. The film is an undeniable crowd-pleaser for people who enjoy watching other people get tormented by a series of increasingly unhinged, supernatural demons. It confidently provides a balance of silly scares and body horror that’ll make you want to squeal. Not a return-to-roots for Raimi, the film acts more as a flex that the horror maestro can still reinvent the genre into something fresh, mainly with his own sensibilities as a director.

Drag Me to Hell is currently streaming on HBO Go.

Produced by Raimi, Don’t Breathe follows a group of teenagers who break into the home of a blind war veteran, only to find out they’re more prey than predator. This small-scale dive into suburban terror will keep you on the edge of your seat as you brace yourself for what gruesome surprise is in store for you next. It’s a visceral thriller that’s honed in on the senses (or lack thereof) and definitely calibrated for a late-night viewing within a dark room. It has a few unexpected moments that are more emotionally driven, yet wherever you fall on the film’s divisive ending, you’ll definitely be thinking about this movie long after its credits roll.

Don't Breathe is currently streaming on Netflix and available for rent or purchase on iTunes and Google Play PH.

Known for having gory violence, the sci-fi work of Paul Verhoeven is definitely one to check out to get a true taste of cinematic madness. Fittingly, Verhoeven’s Total Recall adaptation starring Arnold Schwarzenegger is a sci-fi film that channels insane '90s action film energy. It’s an explosive action spectacle that comes at you with vibrant colors and futuristic set pieces, while also maintaining a firm handle on its questioning of identity, reality, and workers’ place in society. “You are not you. You are me.” It’s definitely not your dumb guy’s sci-fi adventure.

Total Recall is currently streaming on HBO Go and available for rent or purchase on iTunes and Google Play PH.

Undoubtedly drawing its subtitle from the legendary horror author H.P. Lovecraft's novella At the Mountains of Madness, the Doctor Strange sequel is definitely looking to channel the cosmic horror explored in the works of the seminal author. Apostle is an appropriate film to begin your own exploration into existential fears. The film follows a man on a search for his missing sister, which leads him to a remote island and straight into the hands of a religious cult. This folk horror investigates the relationship between man, nature, and the higher powers that be. The film does take a sharp turn into the bizarre and malevolent, transforming into a thrilling tale of survival, so trust you'll get your gory entertainment from it as well.

Apostle is currently streaming on Netflix.

"Hark, Neptune, hark!" The Lighthouse is the latest film on this list to have gained a massive cult following, and for good reason. It's a simple tale of two lonely sailors marooned on an island with diminishing food supplies, but it's told with such a specific and assured vision that includes mermaid fantasies, beefing with seagulls, and homoerotic farting, of all things. It's definitely the strangest film on this list, but it'll provide you with your tentacle monster fix while waiting for Gargantos, the one-eyed octopus seen in the Doctor Strange trailers, to arrive.

The Lighthouse is currently streaming on Netflix and available for rent or purchase on iTunes and Google Play PH.

Before Doctor Strange meets his multiversal variants in his next film, take a trip with Natalie Portman, Jennifer Jason Leigh, Tessa Thompson, and Gina Rodriguez through "the Shimmer," in Netflix's Annihilation. The film is a psychedelic trip through the incomprehensible. It's an existentially frightening tragedy that has its roots in many sci-fi classics; from Lovecraft to Solaris, from 2001: A Space Odyssey to Predator. Those who are craving films with rich imagery and more questions than answers, look no further than Annihilation.

Annihilation is currently streaming on Netflix and available for rent or purchase on iTunes and Google Play PH.

In Paycheck, we have famous Hong Kong action director John Woo's take on an Alfred Hitchock-esque identity thriller. This strange pairing of premise and director results in some truly crazy sequences of action and suspense, featuring gunfights, explosions, and doves—because it's a Woo film, after all. Ben Affleck also rocks his classic arrogant and cocky persona here, as a brilliant computer engineer who gets his mind wiped after every job. It's pure fun from B-movie science-fiction.

Paycheck is currently streaming on HBO Go and available for rent or purchase on iTunes and Google Play PH.

Valerian and the City of a Thousand Planets (2017)

Based on the widely influential French sci-fi comic, Valerian and the City of a Thousand Planets has mostly flown under the radar since its release in 2017. This space opera in the vein of the original Star Wars and Jupiter Ascending is definitely primed for a cult following, as it boasts fascinating alien world designs, dynamic outer space chase sequences, some interesting thematic threads on multi-culturalism and colonialism, and—most importantly—a shape-shifting alien lounge entertainer portrayed by Rihanna. Sci-fi doesn't get zanier than that!

Valerian and the City of a Thousand Planets is currently streaming on Netflix.

If we're talking about sinister counterparts from other dimensions, Jordan Peele's second film Us has to be brought up. Expectedly wild but definitely messier than Peele's straight-forward debut Get Out, Us is a horror-thriller that'll be running around your head for days because of the crazy places it takes its story. Starting off as a seemingly clear-cut home invasion film, the plot unravels to all-out anarchy a la The Purge, resulting in an America quite literally turned on its head. Crafted with terrifying images of blood, fire, and shadows, Us is a portrait of madness that's been a long time coming.

Us is available for rent or purchase on iTunes and Google Play PH.

The films above are available via subscription or purchase on their respective platforms. Doctor Strange in the Multiverse of Madness drops in cinemas on May 4.