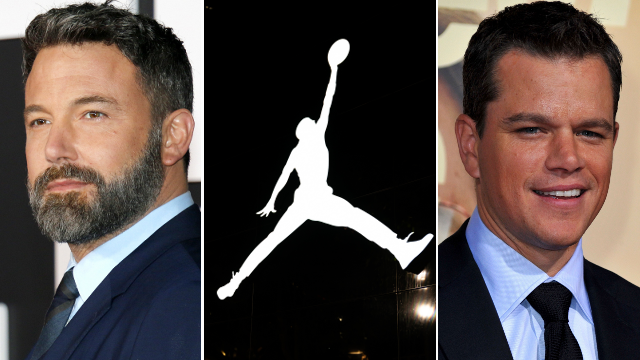 And they're giving Michael Jordan the assist!

(SPOT.ph) The dream team is back again, folks. Just under a year since the screenwriting/acting pair of Ben Affleck and Matt Damon reunited for Ridley Scott’s medieval drama The Last Duel, the duo is quickly teaming up again for a film about the origin of the Air Jordan's.

The duo is going good deal hunting, as the sports drama focuses on the attempts of Nike marketing agent Sonny Vaccaro (played by Damon) and Nike co-founder Phil Knight (played by Affleck) to sign then-Rookie of the Year Michael Jordan to the company in the mid-80s.

The efforts of the pair to get Jordan to Just Do It, which seemed impossible at the time for the still up-and-coming shoe brand, resulted in a lucrative deal that produced Nike’s Air Jordan line and changed the landscape of athlete-brand relationships forever.

Initially titled “Air Jordan,” the film’s script was originally written by Alex Convery. Affleck and Damon will take on co-writer duties as they update and develop the screenplay further. Affleck himself will be directing the currently untitled film.

The last film Affleck directed was also a sports drama, 2020’s The Way Back, which centered on a basketball coach’s struggles with alcoholism, a meditative story that reflected Affleck’s own, public struggles with addiction. Meanwhile, Damon also recently starred in the sports biopic Ford v Ferrari, which was nominated in various award-giving bodies for Best Picture in 2020.

The real-life best friend duo of Affleck and Damon are famous for co-writing and starring in the 1997 film Good Will Hunting, which earned them the Academy Award for Best Original Screenplay and the late actor Robin Williams the award for Best Supporting Actor.

No word yet on when the Air Jordan film will drop, or who will take on the iconic role of Jordan, but expect the film to arrive sometime in late 2023 via Amazon Studios. In the meantime, you can catch Affleck reprising the role of Batman in next year’s The Flash film and Damon in Christopher Nolan’s atomic bomb biopic Oppenheimer, also releasing next year.