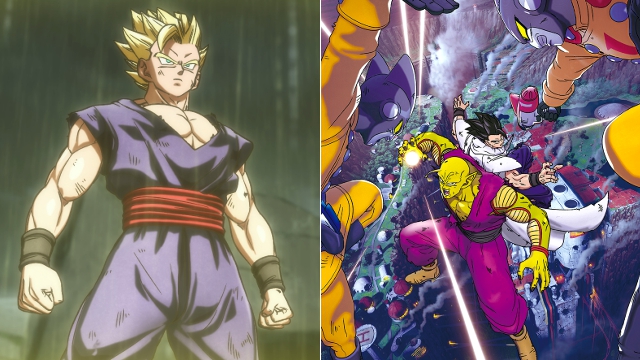 Listen Up, ‘90s Kids: The Latest and Biggest Dragon Ball Movie Is Coming Out in PH Cinemas

(SPOT.ph) It’s been nearly four years since we’ve last heard from Son Goku and his allies, and now they’re making a feature film comeback to—hopefully—bring back our sense of childish excitement and nostalgia to cinemas. Toie Animation and Crunchyroll are going Super Saiyan for this one by having the biggest global launch for a Dragon Ball film yet with Dragon Ball Super: Super Hero.

The power levels of this next installment of the series are just incredible; it’s releasing this Summer in North America, Latin America, Europe, Australia, New Zealand, Africa, the Middle East, and Asia, which includes here in the Philippines. We kaio-ken’t contain our excitement.

Also read: Notes on Nostalgia: Should We Be As Mad As We Are About Those Live-Action Adaptations of Our Old Anime Faves?

Here’s everything we know about Dragon Ball Super: Super Hero:

In the new film, the remnants of the Red Ribbon Army reform to create the killer androids Gamma 1 and Gamma 2, who dub themselves “Super Heroes.” Gohan and previous series antagonist Piccolo are both drawn into the fight to put a stop to these vengeful weapons, as depicted in the artwork of the official poster below:

The newest animated installment of the Dragon Ball franchise, Super Hero is written and developed by Akira Toriyama, the creator of the franchise, so long-time fans of the series should be excited to see where this next film will take them. Reprising their voice roles in the Japanese dub of the series are Masako Nozawa as Gohan, Goku, and Goten, Toshio Furukawa as Piccolo, Yūko Minaguchi as Pan, and Ryō Horikawa as Vegeta.