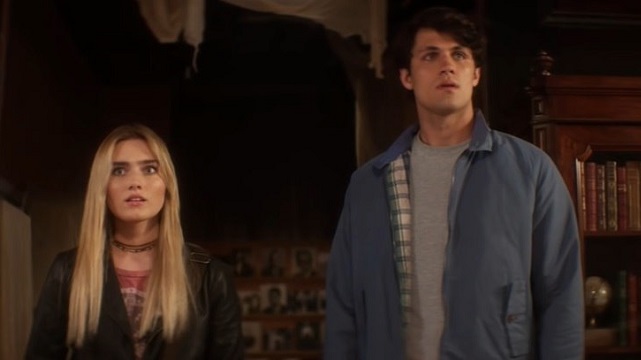 'A supernatural beginning,' they say. Here's what we know about The Winchesters.

(SPOT.ph) 15 Supernatural seasons later, we thought we’d seen it all—from dysfunctional brothers, supernatural creatures we didn’t know existed, to good demons, bad angels, and a god who wants to end the world. But (surprise, surprise) it’s not the last you’ll see of the Winchesters and their terrifying ordeals.

Quite the opposite, really, since we’re going back to the beginning—with the series’ prequel, The Winchesters, coming sometime in October on The CW.

The new show will revolve around Sam and Dean’s old folks in a new light, Mary (then) Campbell and John Winchester: their past, first meet-up, their monster-hunting adventures with their gang, and how they came to fall in love (we all know where that leads) and save the world at the same time (now we’ll know where Sam and Dean get all their grit and skills).

Here’s a glimpse of everything we know so far of Supernatural’s prequel series, The Winchesters.

The first trailer for The Winchesters just dropped recently, and boy, did it create a lot of buzz and fuss. Watch it here:

In no multiverse we will ever stop seeing Dean and his beloved black ‘67 Chevrolet Impala. Even in Heaven.

ICYDK: Supernatural has been going around for the longest time. Case in point: Jared Padalecki and Jensen Ackles, our Sam and Dean, who started off as bachelors going in the show, have found their wives—Padalecki met his on set—and formed a family in the middle of filming it. The fantasy series started in September 2005 and ended with 15 seasons and over 300 episodes, last November 2020.

The setting for The Winchesters goes way, way back in 1972, specifically on that one fateful night John Winchester who just came home from war and demon hunter Mary Campbell cross paths courtesy of—of course, what else?—a supernatural being.

(There’s a bit of a clamor for which path the series is going to go, since—spoiler alert?—the Supernatural canon had John not knowing a thing about Mary’s monster-hunting life before she died, and they already had kids Sam and Dean then. He also started hunting after his wife’s death). Some instant guesses: there’s mind-erasing and multiverses involved. Anywho, Dean’s one of those behind the prequel and he knows it better than the rest of us, so let’s hope they won’t be straying too far from the established lore.

Drake Rodger from The In Between and Meg Donnelly from American Housewife play the teenage-version of John and Mary, respectively. They will be joined by Nida Khurshid (Station 19) and Jonathan Fleites as well as Bianca Kajlich (Legacies) and Demetria McKinney (Tyler Perry’s House of Payne).

In the OG Supernatural, older John and Mary versions were played by Jeffrey Dean Morgan and Samantha Smith.

Ackles will reprise his role as Dean Winchester (although we’ll be hearing him more than seeing him as the show’s narrator). The Supernatural actor also had a hand as executive producer on the show, along with his wife, Danneel Ackles through their production company, Chaos Machine Productions, and Robbie Thompson, who is also the show’s writer. Glen Winter directed the show’s pilot.

Unfortunately, Dean's younger brother Sam, Padalecki's involvement in the prequel is yet to be announced.

Before The Winchesters, there was an attempt at a spin-off for the long-running American series—Wayward Sisters and Bloodlines.

The Winchesters is going to have an 8 p.m. timeslot on Tuesdays on The CW. No exact premiere date as of yet.